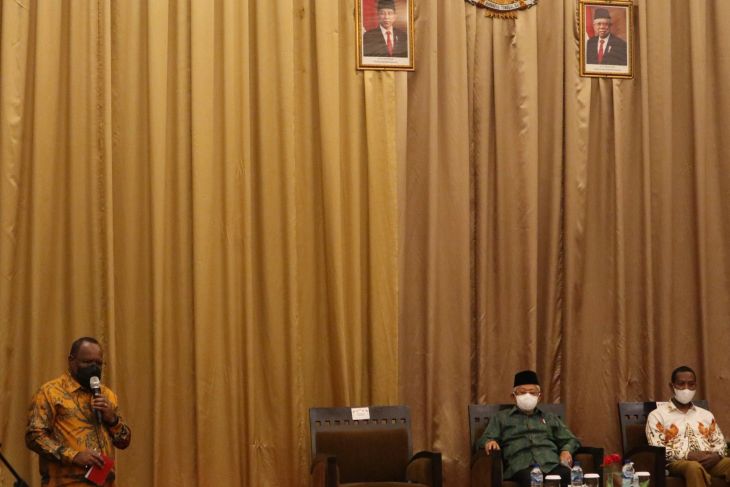 The government is continuing to encourage native Papuans to fill civil state apparatus vacancies in the three new provinces of Papua, Deputy Home Minister John Wempi Wetipo has informed."Regarding the state apparatus in the three new autonomous provinces (in Papua), our law requires that 80 percent (of the vacancies) be filled by native Papuans. There will be no (placement) from the central authority because local residents also qualify, but there are not many applications (to fill the vacancies)," he said here on Wednesday.While accompanying Vice President Ma'ruf Amin to a meeting with South Papuan officials and public representatives, the deputy minister urged the newly-formed local authority to accept local applicants from Papua province to fill the vacancies.Papua province's 11-thousand-strong state employees could fill the vacancies in South Papua, where only some 900 out of 1,056 government vacancies have been filled, he highlighted."I hope ladies and gentlemen will admit our brothers from the mother province to occupy positions in the government of the three new autonomous provinces," he said.The Home Affairs Ministry will constantly monitor the administration of the three new Papuan provinces to ensure a strong foundation for their governance, the deputy governor added."The central government will be responsible for the construction of the governor's office, and the Papuan People's Assembly (MRP), Papuan People's Representative Council, and regional government offices from 2023 to 2025," Wetipo informed.He said that the current term of the Papuan People's Assembly in Papua and West Papua provinces will be extended till June 2023, pending the selection of members of the first MRPs in the new provinces.Meanwhile, John Gluba Gebse, the former district head of Merauke, said that competition must be encouraged between the provinces in Papua to accelerate growth and development."There are six or seven provinces, and with the special autonomy fund, we encourage competition between all provinces because it could accelerate (growth). All provinces will maintain each province's pride, and instead of quarreling with each other, they will compete to develop the Papua region," Gebse added.Besides calling for the elevation of the Merauke Airfield and Merauke Police grades, he urged that regulations on employment in local administration for native Papuans be followed strictly. (Antaranews)

More in this category: « Digital technology affecting journalism industry: Plate Indonesia's future economy must be based on space activity: BRIN »
back to top
Home
//http://180.250.107.174:1935/voinews/stream/playlist.m3u8