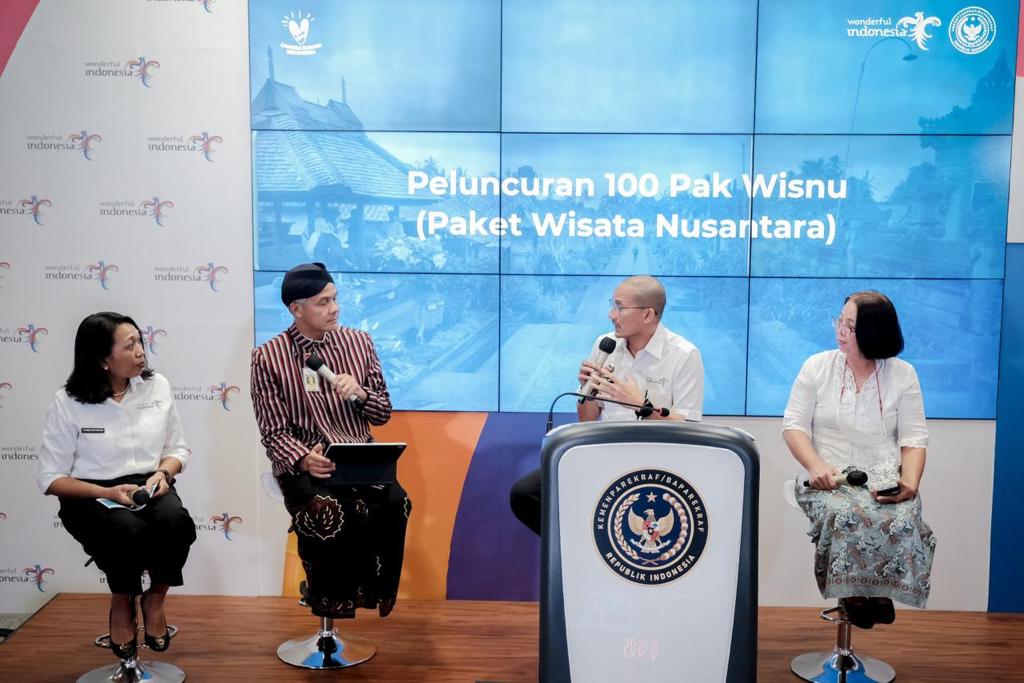 The Ministry of Tourism and Creative Economy launched a program of 100 archipelago tour packages or what is called "100 PAK WISNU" ahead of the 2022 Christmas and 2023 New Year (Nataru) holidays. This program aims to increase the number of movements of domestic tourists, which in 2023 is targeted to reach 1.2 to 1.4 billion movements or trips.

The Minister of Tourism and Creative Economy Sandiaga Salahuddin Uno during "The Weekly Brief With Sandi Uno" at the Sapta Pesona Building, December 5 2022, explained, the momentum of the Nataru holiday was felt to be very appropriate to invite the Indonesian people to vacation at #IndonesiaAja.

"I want us to forge while currently the movement of domestic tourists is increasing compared to the previous year. 'PAK WISNU' is in line with and following up on the president's direction to travel in #IndonesiaAja. "PAK WISNU will add to the treasury for traveling ahead of the Nataru holidays which are usually filled with traveling abroad," said Menparekraf Sandiaga.

Deputy for Marketing of Kemenparekraf/Baparekraf Ni Made Ayu Marthini said, in packaging this program, her party coordinated with tourism offices in 34 provinces of the country so that each province sent its 3 best tour packages. Furthermore, it will be promoted into the program "100 archipelago tour packages (100 Pak Wisnu)" through the official Indonesian tourism promotion website, www.indonesia.travel.

"It is hoped that the '100 PAK WISNU' can add information about tour packages for the Christmas and New Year holidays and can increase the movement of domestic tourists, in line with the president's directives to realize the 2023 target of 1.2 to 1.4 billion movements/trips of domestic tourists,” he said.

On the same occasion, Central Java Governor Ganjar Pranowo said, Central Java Province has nearly 300 tour packages plus interesting events. Among them are the Borobudur Marathon event, the Sikso Rogo Trail Run on the Slopes of Mount Lawu, and so on.

"Then what is interesting is the second with the potential for large tourist movements, namely pilgrimage or religious tourism. It can be started from several places Sunan Gunung Jati, Semarang, Cirebon, back to Semarang, Pilgrimage of Wali Songo. In fact, this place of pilgrimage or religion does not lose, let alone coincides with the prayer ceremony. This is the best momentum to be able to issue and promote tourism in the country," he said. (VOI)