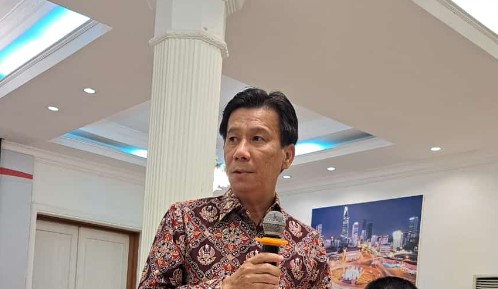 Vietnamese Ambassador to Indonesia Ta Van Thong spoke to the media in Jakarta on Tuesday in light of the upcoming 30th anniversary of Indonesia and Vietnam's bilateral relations.

The Ambassador said that Indonesia has always been supporting Vietnam in many instances, especially, he noted in 1975 when the US and Western Block imposed an economic embargo on Vietnam.

"At that time we faced several difficulties and Indonesia was always there for Vietnam. Indonesia was present and hosted an international conference, the Jakarta International Meeting (JIM 1 and JIM 2, and a Cambodian solution was reached and the embargo and sanctions were lifted from Vietnam, so we could expand relations with other countries in the world," Ta Van Thong said during the year-end meeting of the Vietnamese Embassy with the media in Jakarta, Tuesday (6/12).

Ambassador Ta Van Thong added that in 1995 Indonesia was also the first ASEAN member country to support Vietnam to become an ASEAN country.

"Not all ASEAN members at that time expressed their support for our membership, but Indonesia was the first member and was also behind our efforts in ASEAN," he said.

"The membership in ASEAN was really our turning on for Vietnam in our efforts to integrate more into the international community in all political, economic, and other areas," he added.

In 2023 Indonesia and Vietnam will celebrate 10 years of strategic partnership. Friendly relations between Indonesia and Vietnam have existed since before 1945 and were inaugurated on December 30, 1955. Since then bilateral relations and multidimensional cooperation have been fostered and fostered by various generations of leaders and people in both countries. (VOI/AHM/edit)