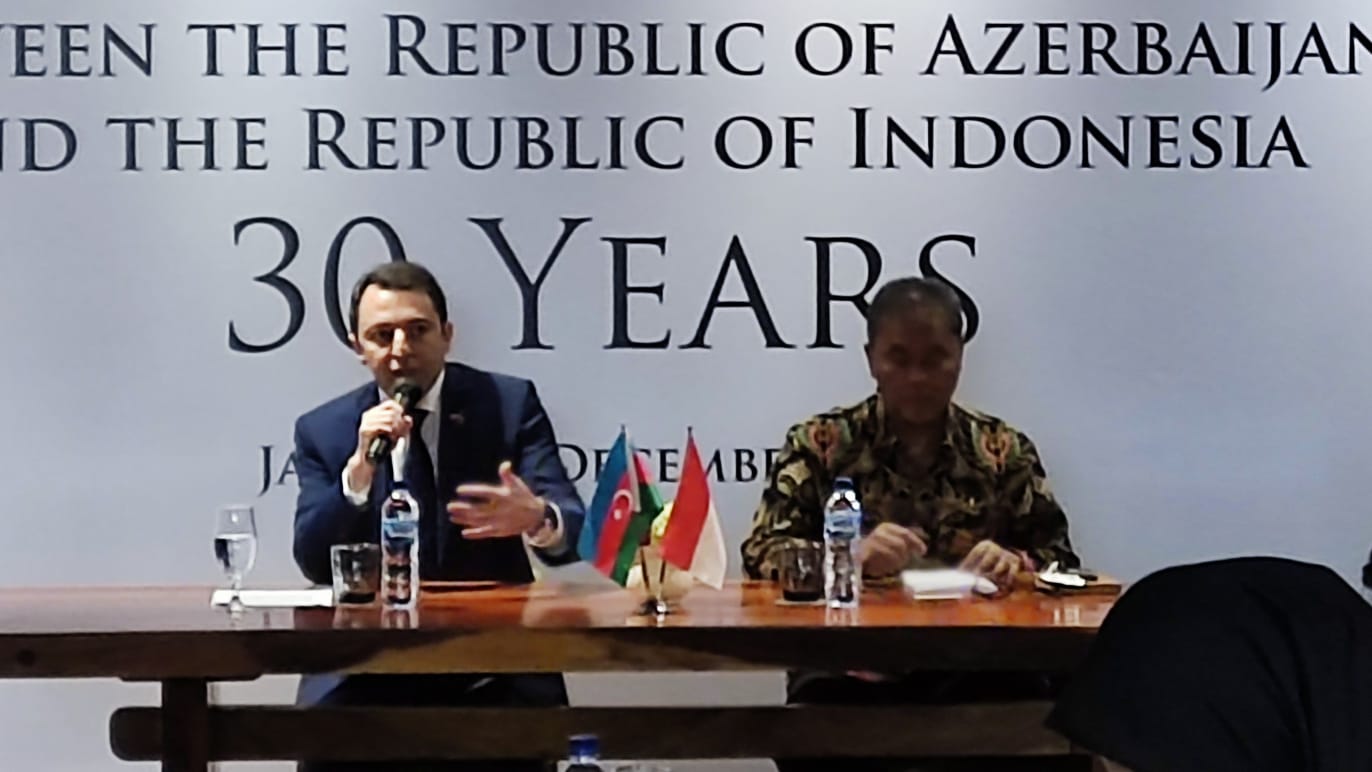 Deputy Minister of Foreign Affairs of Azerbaijan Elnur Mammadov in Jakarta Tuesday (6/12) said that in 30 years of diplomatic relations between the Republic of Azerbaijan and the Republic of Indonesia, the two countries have developed an attitude of mutual trust that should be celebrated. This was conveyed during his visit to Indonesia in order to attend the Bali Democracy Forum (BDF).

Elnur Mammadov said the significant geographical distance between the two countries did not dampen the spirit of the two countries to continue to forge cooperation in various fields and levels. Indonesia and Azerbaijan started diplomatic relations in 1992 when Azerbaijan had just won independence.

"Because we understand that there is a geographic distance between the two states and you should not be taking this for granted that this relationship will thrive, so you need to put efforts for this relationship to prosper and that is what we are doing by paying these visits,"  Elnur Mammadov said in Jakarta on Tuesday.

Deputy Minister of Foreign Affairs of Azerbaijan Elnur Mammadov added that in the last 30 years Indonesia and Azerbaijan have developed cooperation and dialogue, not only at the bilateral level, but also multilaterally.

Indonesia and Azerbaijan also frequently share views in international forums such as the UN General Assembly, and meetings of non-aligned countries, including meetings of Islamic cooperation countries. In addition, the two countries also exchange visits, both at the ministerial level to members of parliament.

Elnur Mammadov hopes that the leaders of the Indonesian and Azerbaijani governments will soon be able to meet in a bilateral meeting so that the cooperation between the two can continue to be enhanced. (voi/Andy/edit r)