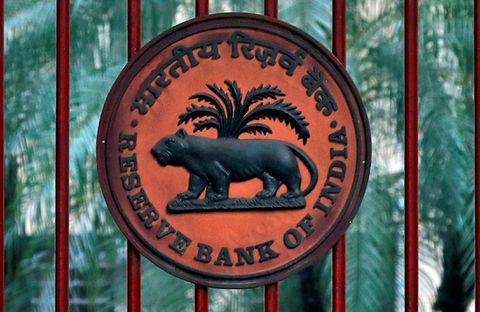 India's central bank raised its key policy rate by 35 basis points to 6.25% on Wednesday, the highest in over three years and its fifth straight increase, and vowed there will be no let up in its fight to tame high inflation.

While there have been signs recently that price pressures may be moderating, Reserve Bank of India (RBI) Governor Shaktikanta Das said the main risk was that inflation could remain pervasive and elevated, reinforcing market views the central bank could hike rates again in coming months.

The monetary policy committee (MPC), comprising three members from the RBI and three external members, raised the key lending rate or the repo rate (INREPO=ECI) to 6.25% -- the highest since April 2019. Five of the six members voted in favour of the increase.

A strong two-thirds majority in a Reuters analysts poll had predicted a 35 basis point (bps) increase, smaller than its last three hikes of 50 bps each, and said it was still too soon for the central bank to take its eye off inflation, which has stayed above the upper end of the RBI's 2-6% tolerance band all year.

India's annual retail inflation eased to a three-month low of 6.77% in October, helped by a slower rise in food prices and a higher base effect, strengthening bets on smaller rate increases by the RBI going ahead.

Das said the worst of this year's inflationary spike "is behind us" but warned there was no room for complacency.

"The MPC was of the view that further calibrated monetary policy action was warranted to keep inflation expectations anchored, break core inflation persistence and contain second round effects," Das said as he announced the monetary policy committee's decision.

"The focus on inflation control continues. There will be no let up in our efforts to bring inflation to more manageable levels," he added.

Michael Patra, RBI deputy governor in-charge of monetary policy, underlined the importance of the smaller rate hike than at previous meetings, but said the central bank was closely watching for second round effects of inflation.

"After continuous 50 bps increases, it has now moderated. That tells you of a shift," Patra told reporters.

"The worst of inflation is over but the moderation of inflation will be very grudging, very uneven. So we must shepherd inflation first firmly into the tolerance band and then to the target."

Investors expect at least one more rate hike in the current cycle at the next meeting.

"The statement was slightly more hawkish than perhaps expected by markets, with no indication that the central bank is coming to the end of its rate hiking cycle for now," Sakshi Gupta, principal economist at HDFC Bank said.

"We continue to expect the focus of MPC to remain in a watchful mode as uncertainties on inflation settle down. We see a possibility of another 25 bps rate hike before a prolonged pause," Upasna Bhardwaj, chief economist at Kotak Mahindra Bank said.

The MPC also maintained its stance on "withdrawal of accommodation", with four out of six members voting in favour as the committee continues to focus on pulling out high levels of cash from the banking system without stunting growth.

The MPC lowered its GDP growth projection for financial year 2022/23 to 6.8% from 7% earlier, while keeping its retail inflation forecast steady at 6.7%.

"Growth in India remains resilient in the international environment. A 6.8% growth (rate) is robust," Das said.

India posted annual economic growth of 6.3% in its July-September quarter, slightly better than expected but less than half the 13.5% growth in the previous three months as distortions caused by COVID-19 lockdowns faded in Asia's third-largest economy.

The Indian rupee stayed higher against the dollar after the policy decision, while government bond yields also remained elevated.