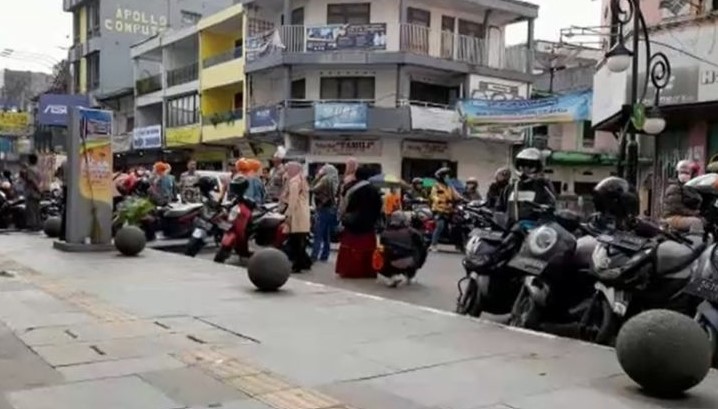 The Disaster Mitigation Agency (BPBD)-Sukabumi City Office coordinated with related agencies to conduct a proper assessment of the impact of the 5.8-magnitude earthquake that rocked the city on Thursday.The quake that struck at around 7:50 a.m. local time prompted panic-stricken residents to run out of their homes and flee onto the streets, but as of 9 a.m. local time, there were no reports of damages and casualties," the agency's head, Imran Wardhani, remarked.Nonetheless, the agency's personnel continued to coordinate with their counterparts conducting a proper assessment, he remarked while urging locals to continue to stay alert for aftershocks.According to the Meteorology, Climatology, and Geophysics Agency (BMKG), the quake's epicenter was located around 22 kilometers away from southeast of Sukabumi City at a depth of 104 kilometers.Earthquakes regularly rock various parts of Indonesia due to the fact that the country lies on the Circum-Pacific Belt, also known as the Ring of Fire, where several tectonic plates meet and cause frequent volcanic and seismic activities.On November 21, 2022, a 5.6-magnitude earthquake had jolted Cianjur District in West Java Province at 1:21 p.m. local time.According to the Cianjur district administration, the number of houses brought down and severely damaged by the recent earthquake had increased to 8,151."The number of severely damaged houses has increased, from 7,817 to 8,151 units. They all have been verified," Secretary of the Cianjur District Government Cecep Alamsyah noted at a press conference on December 4.Alamsyah said the number of houses suffering moderate damages had also increased, from 10,589 to 11,210 units.The number of houses with mild damages also went up, from 17,195 to 18,469 units, he said, adding that the earthquake had also severely damaged 525 school buildings, 269 houses of worship, 14 healthcare facilities, and 17 office buildings.As of December 4, death toll from the Cianjur quake had reached 334, while eight residents were still missing, he stated.According to Alamsyah, the government has prepared 2.5 hectares of land in Sirnagalih Village to be used for building 200 earthquake-resistant houses.This deadly quake has triggered an outpouring of sympathy from various elements of society.The sympathy with the Cianjur quake victims, for instance, is also shown by Andalas University (Unand), a leading public university in West Sumatra Province.The university, on Sunday (Dec 4), dispatched six members of its nursing faculty to join a humanitarian mission in Cianjur District.The Bangka Belitung Islands provincial government has also demonstrated its solidarity with the earthquake victims by handing over one billion rupiah in cash to the Cianjur district administration. (Antaranews)