Ciliwung River Waterway Construction To Be Completed by April: Jokowi 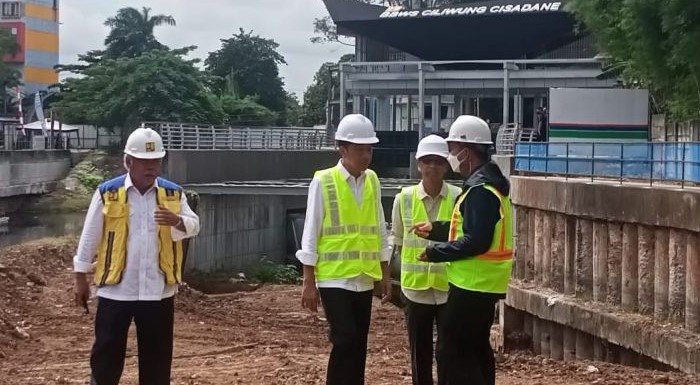 Construction of the Ciliwung River waterway (sodetan) that is aimed at handling floods in Jakarta will be completed in April 2023, President Joko Widodo (Jokowi) stated."It will be completed soon. Insya Allah (God willing), this Ciliwung Waterway, (whose work) has been halted for six years, will be completed this April," Jokowi noted while reviewing the Ciliwung River Waterway to the East Flood Canal (KBT) Development Project, here on Tuesday.The head of state explained that over the past 1.5 months, the Jakarta provincial government had acquired land for the waterway construction work.After the land acquisition, the drilling for the waterway project can be resumed after being halted for a long time.After the waterway construction is completed, Jokowi is optimistic that the points prone to flooding in Jakarta would be significantly reduced.According to Jokowi, when the Ciliwung Waterway is opened, it will reduce floodwaters by 33 cubic meters per second during the flood status level IV, or alert, and 63 cubic meters per second during the flood status level I, or critical.The Ciliwung waterway tunnel has a length of 1.3 kilometers, he stated."In this 1.3 kilometers-long waterway, the right channel is 3.2 meters, and the left tunnel is 3.25 meters. When it functions later, it will greatly reduce flooding in Jakarta," he explained.After the Ciliwung waterway is completed, efforts for handling the Jakarta floods will continue by maximizing pumps in the river and normalizing rivers that flow through the capital city.Furthermore, construction is underway of a sea embankment and wall to tackle coastal flooding in the northern area of Jakarta."There is (the construction of a sea wall) in the north (of Jakarta) to (overcome) coastal flooding, both the sea embankments and the giant sea wall. I have ordered the acting governor of Jakarta (to oversee the project)," Jokowi stated. (Antaranews)