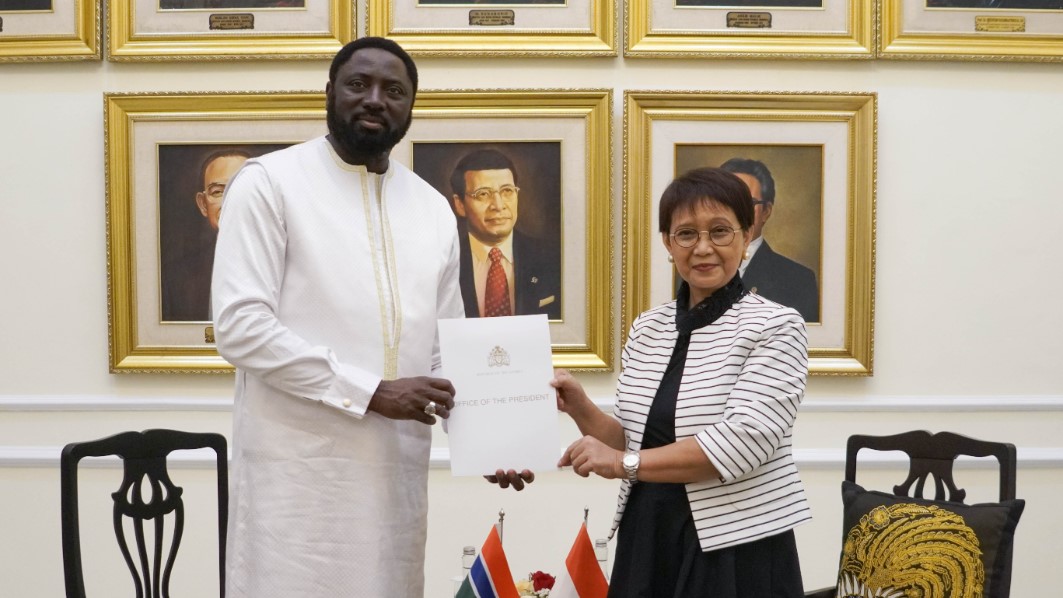 The meeting with the Gambian Foreign Minister discussed cooperation within the framework of the Organization of Islamic Cooperation (OIC) forum and various opportunities to increase bilateral cooperation.

Regarding Gambia's plan to host the 15th OIC Summit at the end of this year, Foreign Minister Retno expressed hope that the OIC Summit could produce concrete deliverables.

"Indonesia supports Gambia to be able to produce cooperation that benefits the people of OIC member countries, including through cooperation to fulfill the right to education for Afghan women, as well as cooperation to strengthen capacity in agriculture," said Retno.

In particular, the two Ministers of Foreign Affairs discussed the follow-up of several initiatives in the 2018 Indonesia-Africa Forum and the 2019 Indonesia-Africa Infrastructure Dialogue. Foreign Minister Retno also conveyed Indonesia's commitment to help renovate the Agricultural Rural Farmers Training Center (ARFTC) in Jenoi, Gambia, which Indonesia built in 1996. With this renovation, it was hoped that ARFTC would become a regional hub for training farmers in West Africa.

Foreign Minister Retno welcomed the plan to sign a Letter of Intent (Loi) in the field of transportation between the Minister of Transportation RI and Guinea on January 26 2023.

"We will translate this agreement into real cooperation, especially in the fields of air, maritime and land (rail) transportation, both G-to-G and B-to-B," said Retno.

Apart from that, Foreign Minister Retno also encouraged cooperation between Indonesian BUMNs and their partners in Guinea. Furthermore, the two Ministers also discussed capacity building cooperation, including for the development of the aviation industry and the establishment of Guinea Air, which could include pilot training, mechanics and aircraft maintenance.

Apart from meeting with the Indonesian Minister of Foreign Affairs, the Guinean Minister of Transportation is also planning to visit PT Dirgantara Indonesia to discuss support for the formation of Guinea Air and PT Wika Industri Manufaktur to explore cooperation in the development of the electric vehicle industry. (VOI/Andy)

More in this category: « Ciliwung River Waterway Construction To Be Completed by April: Jokowi All Countries Competing To Invest: Jokowi »
back to top
Home
//http://180.250.107.174:1935/voinews/stream/playlist.m3u8