China tells U.S. to fix its own debt problems after Yellen Africa remarks 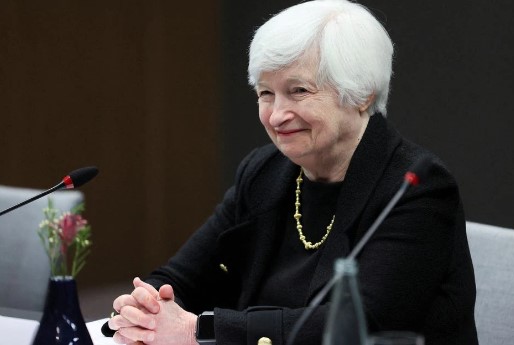 After U.S. Treasury Secretary Janet Yellen called China a "barrier" to debt reform in Africa this week, Chinese officials in Zambia had a pointed response - get your own house in order.

The Chinese Embassy in Zambia said on its website Tuesday "the biggest contribution that the U.S. can make to the debt issues outside the country is to act on responsible monetary policies, cope with its own debt problem, and stop sabotaging other sovereign countries' active efforts to solve their debt issues."

Republicans in the House of Representatives are using a risky, unusual threat to refuse to vote in a new debt ceiling, a figure that reflects money already spent and now owed by the government, to pressure the Biden administration and Democrats to cut spending programs. So far, the Biden White House is refusing to negotiate, counting on hardline Republicans to step back under pressure from businesses, investors and moderates.

U.S. national debt is about $31 trillion, a figure that has skyrocketed since 2000's $5.6 trillion thanks in part to increased spending for an aging population, outlays for Iraq and Afghanistan wars, COVID-19 programs and tax cuts that trimmed revenues.

Zambia defaulted on its debt in 2020 and has made little progress to restructure it with Chinese and private creditors to date, a situation that has helped pushed citizens into poverty.

The world's poorest countries faced $35 billion in debt-service payments to official and private-sector creditors in 2022, more than 40% of which was due to China, the World Bank said.