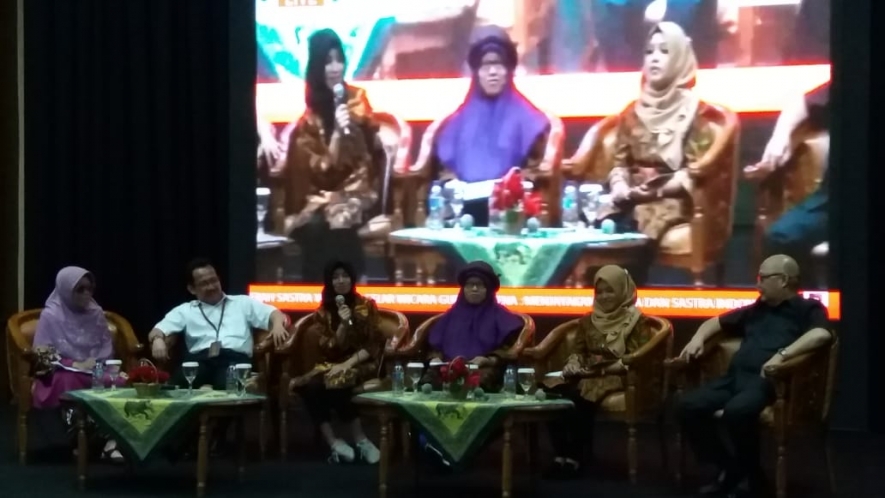 Abdul Khak further explained, every year, the Language Development and Fostering Agency also gave awards to language and literary activists. According to him, next year RRI Voice of Indonesia could work with the Language Development and Fostering Agency to give awards to overseas writers. From a total of 94 short stories that were broadcast by Voice of Indonesia on the Guratan Pena program during 2018, 23 works were entitled to enter the selection round. Based on the selection process, the jury determined 3 (three) literary works to be the winners of the VOI 2018 Literature Award. The first winner is Ayundha Lestari, a migrant worker in Hong Kong, with her short story titled Dunia Sean or Sean’s World, the second winner is Arista Devy, a migrant worker in Hong Kong, with her story titled Rahasia Suki dan Kesaksian Pembantu Pertama or Suki’s Secret and the testimony of the First Assistant, and the third winner is Jassy Ae, a migrant worker in Taiwan, with her story titled Pulang or Coming Home. (VOI/Sekar/AHM)