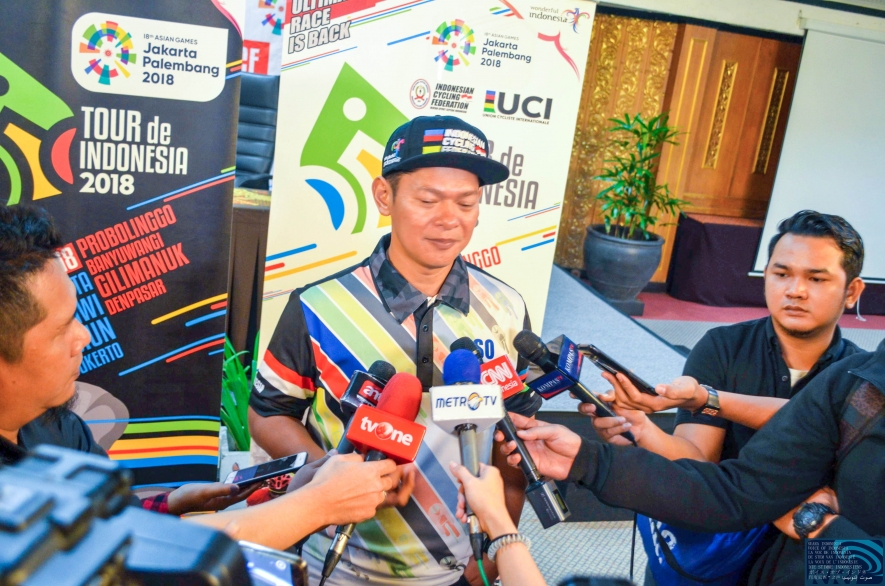 VOI News - Tour de Indonesia is one of the most prestigious cycling tour in Indonesia since 2004 until 2011. After 7 years of vacancy, in 2018 Tour De Indonesia will be held again with the highest category.At a press conference Wednesday afternoon ( 24/1) in Yogyakarta, General Chairman of Indonesian Bicycle Sports Association, Raja Sapta Oktohari, said the tour is different from the previous tours, because the first time Indonesia has 2.1 (two point one) race that has the race with the highest classification.

"This tour is different because for the first time Indonesia has 2.1 race, so this is the highest classification tour we have in Indonesia. And this is also the first bike racing tour that is broadcast live on streaming starting from start to finish, even this activity will be broadcast by a well-known foreign media, Eurosport."

The tour which will take place on 25-28 January originally took start location at Borobudur Temple, Yogyakarta, but there was a shift to Prambanan Temple, Yogjakarta due to technical reasons. The displacement of the start location also affects the race distance. The distance of the first stage from Prambanan Temple ending in Ngawi, East Java is 124.7 kilometer long. On the second stage, the rider will start the race from Madiun and end in Mojokerto with a distance of 117.7 kilometers. After finish, all riders will continue the trip to Probolinggo which become the location start of stage three to Banyuwangi with distanceof 200 km. For the last stage, all the riders will cross to Bali Island. The start line is from Gilimanuk and will finish in Denpasar, Bali with distance of 170,9 kilometer. The number of participants already registered in Tour de Indonesia 2018 is 22 countries joined in 15 continental teams, including 5 national teams from Indonesia, Malaysia, E ritria, and Mongolia.//voinews.yb/AHM