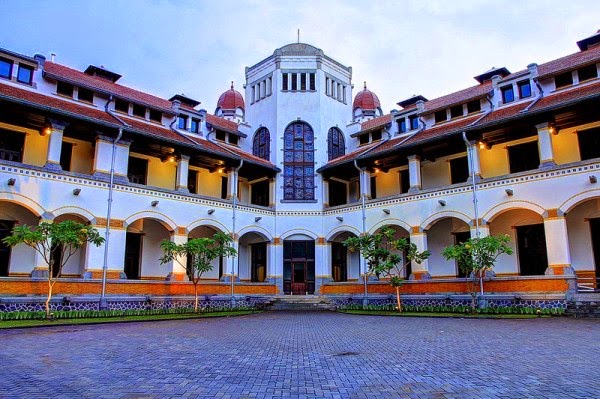 Lawang Sewu was built on February 27, 1904 as head office of NIS, one of train’s companies in the Dutch East Indies. The  building has high and wide windows, like a door so that local people call it “Lawang Sewu” meaning “a thousand of doors”.

Although the building is named Lawang Sewu, in fact the building has only 429 doors. For long time, the building was not managed. But finally, Lawang Sewu in late June 2011 was renovated and re-opened for public on July 5, 2011.

Meanwhile, during the struggling period, the building became a silent witness of 5-day battle in Semarang. Thus, the city’s government of Semarang in 1992 entered Lawang Sewu as one of 102 historical buildings in Semarang which should be protected.

Lawang Sewu is located at Tugu Muda complex, Jalan Pemuda, Central Semarang, Semarang, Central Java, precisely at the center of Semarang city. So, the access to this tourism object is easy. Lawang Sewu is open every day, starting from 6.00 AM until 09.00 PM local time.