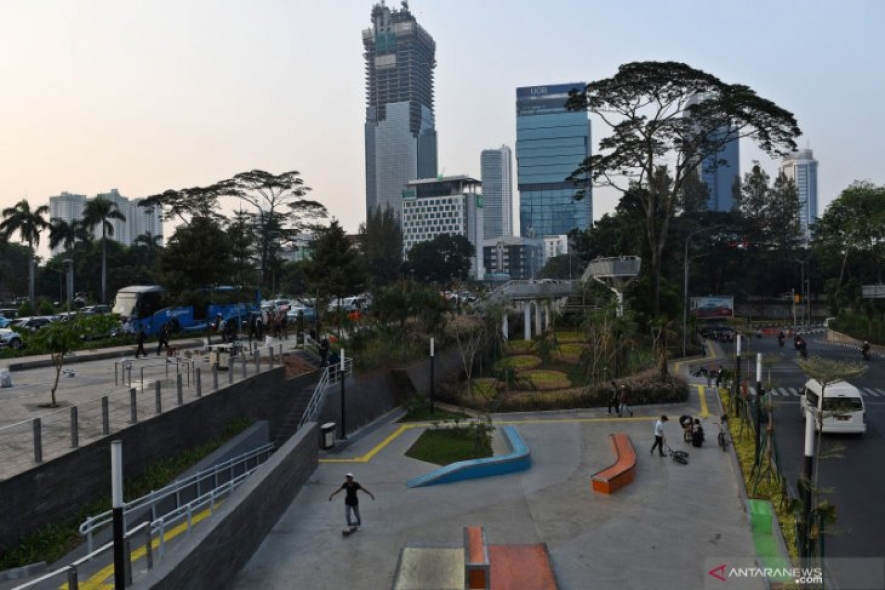 Indonesia's capital city of Jakarta has built 37 public parks termed "Move forward together" over the past two years under the leadership of Governor Anies Baswedan.

The integrated and child-friendly parks are built to cater to the specific requirements of the adjoining community, Suzi Marsitswati, head of the Jakarta Forestry Office, noted in a statement on Wednesday.

Development of the parks, bearing the concept of being a third space for public equality, chiefly aims to serve as a green open space to facilitate comfortable interaction among Jakarta’s residents.

The Jakarta administration has planned to develop a total of 261 parks under the leadership of Governor Baswedan, the former education minister.

This year, 53 parks, spanning a total of 335,807 square meters, are projected to be constructed, and the special autonomous government has allocated a budget worth Rp130 billion.

The 2018-2022 Development Plan of Jakarta outlines that it must have parks that are accessible by its residents living within a distance of some 300 meters, so they can walk to the parks and meet people without any discrimination in social class.

Baswedan, among other things, had inauguraed Duku Atas Park in Central Jakarta and Kembang Kerep Park in West Jakarta.