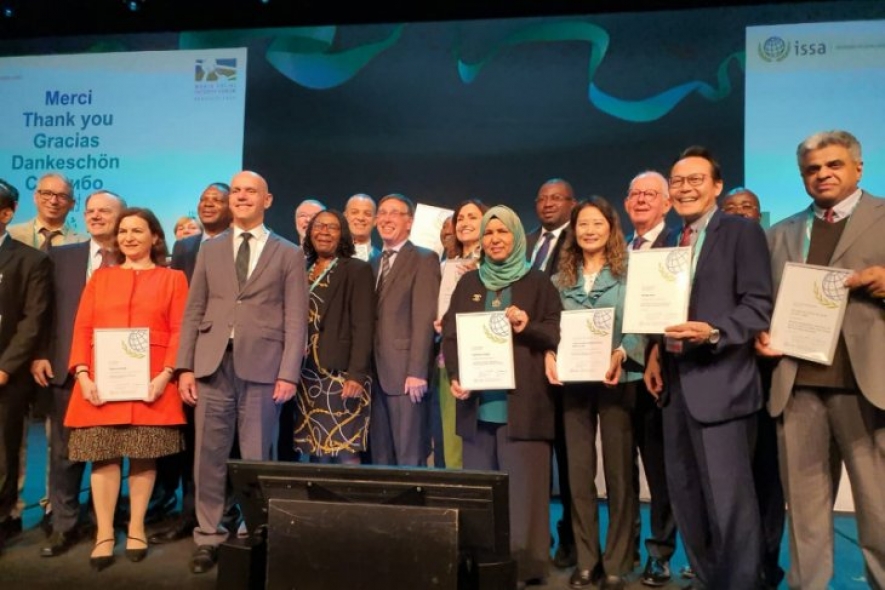 Idris noted in a statement in Jakarta on Wednesday that BPJS Kesehatan was appointed to convey its strategic proposal on health insurance and highlight the implementation of its JKN-KIS program during the 33rd General Assembly of the World Social Security Forum (WSSF) in Brussels, Belgium. Indonesia Health Card (KIS) is the name for the Social Security Health Insurance Program (JKN) for the Indonesian population, especially the poor, and the fee was paid by the government.

The 33rd WSSF, the highest forum for the world's social security agencies, involved a thousand participants from 150 members of the International Social Security Association (ISSA).

Idris affirmed that the world was facing a challenge, with an increase in life expectancy that furthermore increased the elderly population.

He highlighted the importance of a strong political commitment and clear national strategy in all countries regarding health insurance.

Idris reiterated the criticality of establishing the concept of Health in All Social Security Policy (HiASSP) as a key measure.

During the forum held on October 14-18, Idris, also serving as chairperson of ISSA's Technical Commission on Medical Care and Sickness Insurance, was awarded a Certificate of Appreciation in ISSA Award for Outstanding Achievement in Social Security, for his dedication and contribution in encouraging global social security.

"Being an agency that manages the largest health insurance program in the world does not mean that we do not face any challenge. This award has become a motivation for us to continue to innovate and improve our services to JKN-KIS participants in Indonesia," Idris noted.

"In ISSA's report this year, one pilot project of BPJS Kesehatan, said to be an interesting innovation, is home care service for elderly patients of JKN-KIS, who suffered from stroke," he stated.

The pilot project was announced as the best practice sharing in ISSA's report in 2019 as it has shown more effective and efficient results as compared to hospitalization, he pointed out. (ANTARA)