Indonesia and Morocco Share Views on Fight against Terrorism 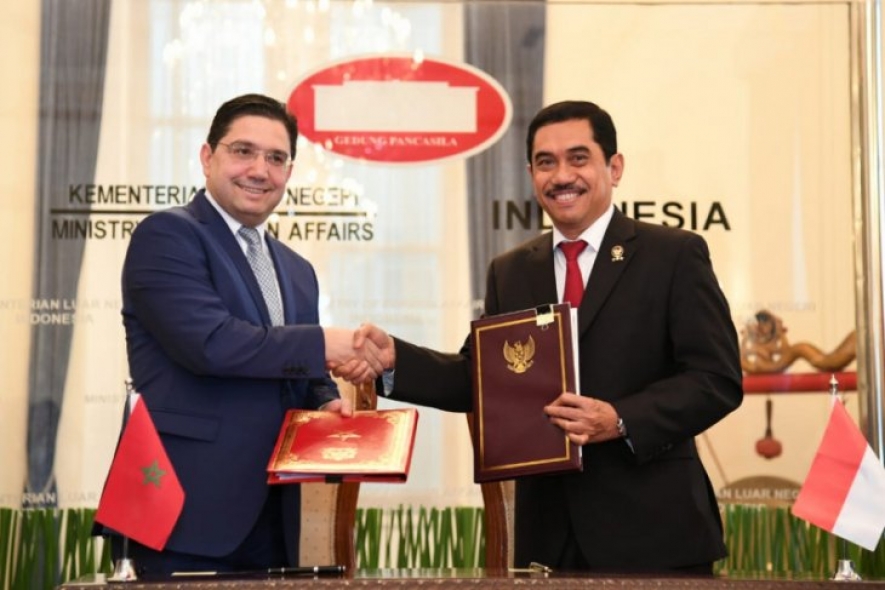 The National Counterterrorism Agency (BNPT) of the Republic of Indonesia and the Ministry of Home Affairs of the Kingdom of Morocco have signed a Memorandum of Understanding (MoU) on cooperation in combating terrorism.  The cooperation will include a program of prevention and repression of terrorism that can be carried out by the two countries, including in dealing with the problem of foreign terrorist fighters (FTF), According to the Head of BNPT, Suhardi Alius.

"We know that they have quite a lot of problems related to radicalism and terrorism. In fact they have around 700 FTFs in Syria, while we have more than 500 (FTF)," Suhardi Alius said after signing the MoU with Moroccan Foreign Minister Nasser Bourita at the Pancasila Building, in Jakarta, Monday.

BNPT in collaboration, with relevant ministries and institutions, will follow up on this cooperation through the exchange of information and programs with Moroccan authorities. In addition to the BNPT, the Moroccan government also signed an MoU to exchange financial intelligence information related to money laundering and terror financing, with the Indonesian Financial Transaction Reports and Analysis Center (PPATK).

Each country has advantages in programs of combating terrorism, according to Suhardi.

Besides, the two countries will also exchange views in dealing with issues related to radicalism and terrorism which until now have not been resolved, for example in the case of the FTFs in Syria.

As with Indonesia, Morocco too has not taken a political decision on dealing with its citizens who became foreign terrorist fighters (FTF) in Syria, he noted.

"There are similarities. Until now, there has been no political decision in Morocco on how to handle FTFs," Suhardi Alius said.

According to data released by the Institute for Policy Analysis of Conflict (IPAC), until September 2017, some 574 Indonesian citizens (WNI) joined ISIS-affiliated groups.

At least 97 of them were declared dead, 66 were stopped when they were about to leave Indonesia, and more than 500 were deported.

On the other hand, data compiled by the International Center for Counter Terrorism (ICCT), the then National Police Chief Tito Karnavian revealed that in May 2018 there were around 500 Indonesian citizens were still in Syria and Iraq, 500 had returned to the country, and around 103 people were estimated to have died from the confrontation in the region.

Until now, the Government of Indonesia, represented by the Coordinating Ministry for Political, Law and Security Affairs, has not yet decided what policies to undertake with ISIS sympathizers and FTFs.