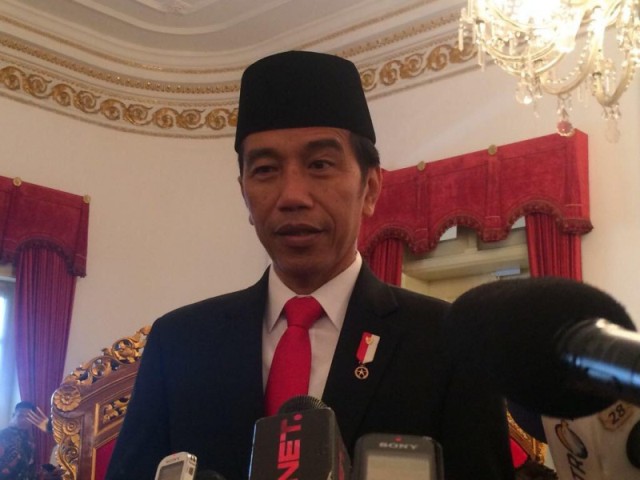 President Joko Widodo officially opened the Working Meeting of Indonesian Representative Heads with the Foreign Affairs Ministry in Jakarta, Monday (12/5). According to President Joko Widodo, the peace diplomacy by Indonesia received appreciation by the world leaders, namely Palestinian President, Iranian President, and Afghanistan President. In regard to fulfilling the constitutional mandate Indonesia also continously assist the peace and development in various countries such as Palestine, Afghanistan, Myanmar, and Bangladesh. President Joko Widodo asked Foreign Affairs Minister and all representative heads to continue Indonesian contribution for peace and humanity. As a country with most moderate and plural Muslim population, as well as third biggest country in the world, the President said Indonesia has responsibility to be part of global solution. President emphasized, the people of Indonesia hoped their diplomats can fight for the interests of Indonesia. Therefore, new approach of diplomacy must be adjusted to the current challenges. Diplomacy must be quick and responsive.

Indonesian Finance Minister Sri Mulyani Indrawati received award as the World's Best Minister during World Government Summit 2018 held at Madinat Jumeirah, Dubai, United Arab Emirates. The award was given by the Vice President and Prime Minister of the United Arab Emirates recently. The Best Minister Award held since 2016, is an annual global award given to ministers around the globe.  The selection process was carried out independently by Ernst & Young and held by the World Governemnt Summit. The Summit itself is an annual meeting held in Dubai, attended by goverment heads from accross the globe. They discuss government process and public policies, as well as their relation to technology, innovation, economic policy, and many others. The aim was to improve the lives of 7 billion global residents and pursuit happiness for all people.

Indonesian Finance Minster Sri Mulyani in her remark said the award was a recognition of Indonesian government's collective effort under President Joko Widodo, especially in economy. She also dedicated the awards for 257 million people of Indonesia and more than 78 thousand staffs of Finance Ministry who had worked hard to manage state finance with high integrity and commitment to create equal and just people's welfare.

More in this category: « Mosaic of Archipelago Headlines »
back to top
Home