Trilateral Cooperation should be Maximized to Avert Hostage Taking 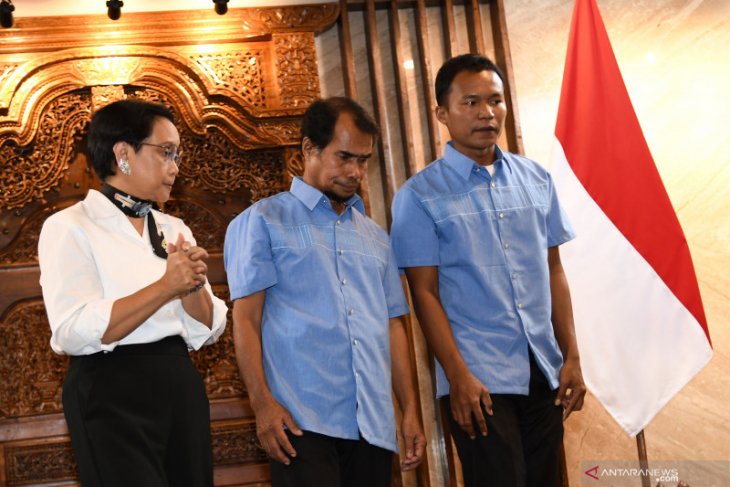 JAKARTA - Indonesian Foreign Minister Retno Marsudi has underscored the necessity to garner optimal advantage from the bilateral cooperation with the Philippines and Malaysia as part of the efforts to prevent militant groups from taking hostages.

Marsudi made the statement while handing over two Indonesian citizens once held hostages by the Abu Sayyaf armed group in South Philippines to their families at the Foreign Ministry in Jakarta on Thursday evening. The most crucial step that Indonesia will take in the future is preventing the taking of hostages through a trilateral agreement since it victimizes not only Indonesians but also foreign nationals, she emphasized. "We need to intensify cooperation, so we can take preventive measures to avoid others falling victim in the future,” she noted. The minister chose to not get into the finer details regarding the mechanism of trilateral cooperation. However, the Indonesian government remains committed to capitalizing on the cooperation, she remarked. To prevent hostage-taking cases in the future, Indonesian Defense Minister Prabowo Subianto is scheduled to meet with his Philippine counterpart on Friday. "I think this is a good opportunity. Mr. defense minister is traveling to Manila to meet the Philippine defense minister. The two defense ministers have a mechanism of trilateral cooperation in place that we will intensify," she stated. According to data from the Indonesian consulate in Tawau in the Malaysian state of Sabah, 39 Indonesians were abducted and held hostages by the Abu Sayyaf armed group during the period between 2003 and 2019. Most victims were migrant workers, who were abducted or held hostage while conducting activities in the waters off Sabah's eastern coast, Sulistijo Djati Ismojo, chief of the Indonesian consulate in Tawau, stated on Tuesday (Dec 24). Of the total, 37 were freed, while one hostage died. Muhammad Farhan is currently the only Indonesian held hostage by the armed group. Two Indonesians held hostages along with Farhan were freed on December 22, 2019, through an operation launched by the Philippine military. (ANTARA)