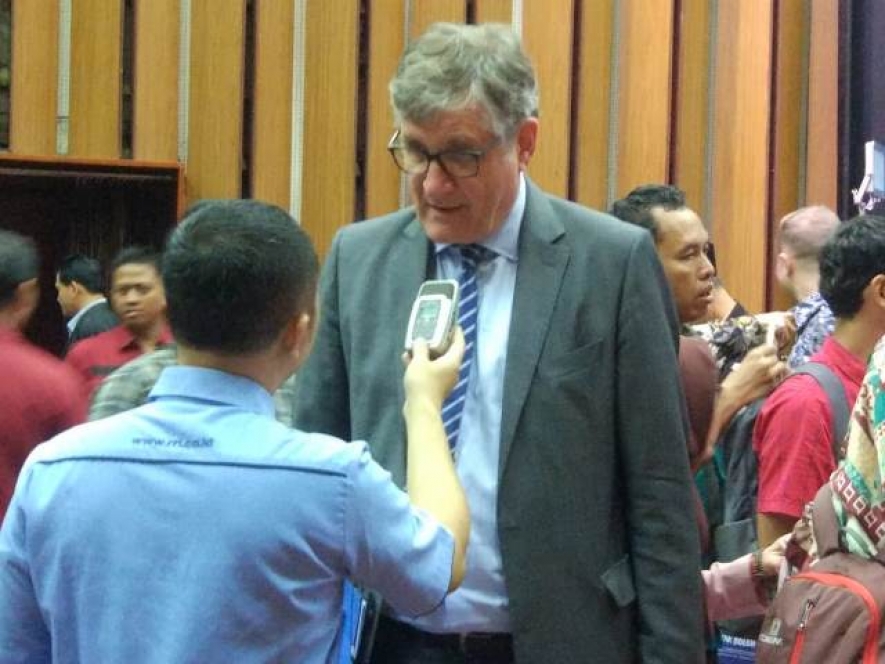 Jakarta (VOI News) - Bilateral cooperation between Indonesia and Germany from year to year is getting stronger and growing.There are many fields of cooperation between the two countries that are still continuing now. It was said by the German Ambassador to Indonesia Peter Schoof to the Voice of Indonesia after the Diplomatic Forum talk show held by Voice of Indonesia in collaboration with Dompet Dhuafa and the Indonesian Journalists Association (PWI) in Jakarta, Wednesday (26/02). According to Peter Schoof in 2020 Germany will hold the largest manufacturing exhibition, Hannover Messe, which will be attended by Heads of State throughout the world, including Indonesian President Joko Widodo.

"The big highlight of this year is the participation of Indonesia as a partner country in Germany at Hannover which is the Hannover Messe. Hannover Manufacturing Fair is the biggest manufacturing fair in the world. Indonesia is a partner country, again the partner country. President Jokowi will travel to Germany in April. So we are very proud to have him, our cooperation extends to many fields. They are going to be many memoranda of understandings and hopefully also new business contracts are going to be signed this year. We are the country that is advising very closely Indonesia in the field of technical and vocational education and also so renewable energy because I think in Germany we have worldwide the best technology in this field," said Peter Schoof.

In addition, Ambassador Peter Schoof said the focus of cooperation between Indonesia and Germany so far has been in the field of land management and renewable energy. Even Germany will also develop investment in Indonesia. // (VOI / Ahmad Faisal / AHM)