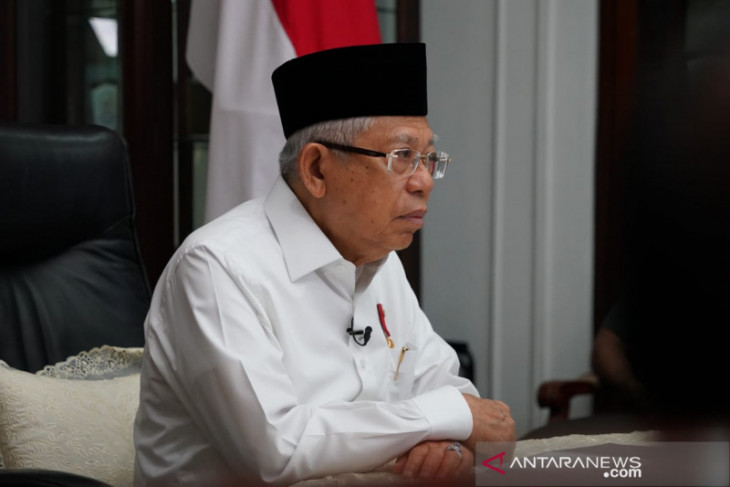 Vice President Ma'ruf Amin during the ceremony to commemorate the International Day against Drug Abuse and Illicit Trafficking in Jakarta on Friday (June 26, 2020). ANTARA/HO-Public Information and Communication of the Vice Presidential Secretariat/sh

Indonesian Vice President Ma'ruf Amin has highlighted the criticality of international cooperation to crack down on illicit drug trafficking in Indonesia, as it is viewed as a transnational crime."Narcotics is a transnational and extraordinary crime. Hence, efforts to handle this must involve all stakeholders. International cooperation is the pressing need of the times to cut its distribution chain," Amin remarked during a ceremony to commemorate International Day against Drug Abuse and Illicit Trafficking in Jakarta on Friday.Amin suggested that one approach to combat drug trafficking was by consistently curbing its market to reduce supply and demand."High supply and demand is one factor that has driven drug trafficking. The preventive measure, through the demand reduction strategy, and legal measures, through the supply reduction strategy, must be conducted consistently," he expounded.Citing the UN data, Amin stated that 275 million, or some 5.6 percent of the world’s population in the age group of 15 to 64 years old, have consumed drugs.In Indonesia, drug abuse increased in 2019 and involved 3.6 million people, from 3.37 million people involved in drug abuse in 2017."Data of the BNN (National Anti-Narcotics Agency) showed that drug abuse in Indonesia in 2017 had involved 3.37 million people in the age group of 10 to 59 years. In 2019, data showed that the figure had reached 3.6 million. In 2018, the number of cases of drug abuse among students had reached 2.29 million," he stated.Millennials in the age group of 15 to 35 years are susceptible to drug abuse, and it could negatively impact the quality and productivity of the country's human resources, Amin stated.Millennials in the next decade will be the successors of the previous generation, so they have to be healthy and productive."They have to live happily and be free of drugs," he added.(ANTARA)