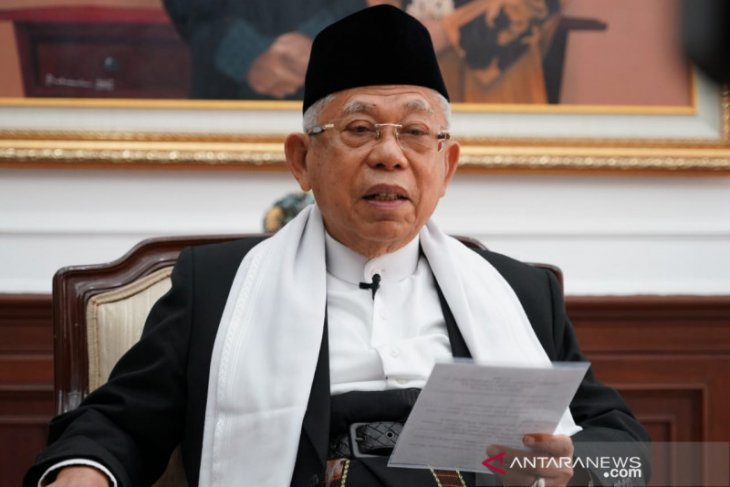 Indonesian Vice President Ma'ruf Amin attributed the decision to streamline the state-owned enterprises (SOE) to augment their productivity and competitiveness in the global market."This is deemed necessary as the government's response to be better prepared to face the global competition while concurrently boosting national productivity," Amin remarked during a general lecture of the National Defense Institute (Lemhanas) in Jakarta on Thursday.Amin expounded that the decision to streamline state enterprises (BUMN) was projected to enhance its role in the development of micro-, small-, and medium-scale enterprises that would ultimately drive domestic productivity.Amin highlighted that the government will downsize 142 state enterprises to some 100 companies through mergers covering several sectors, including oil and gas, food, pharmaceutical, infrastructure, telecommunication, film, and publishing."The number and coverage of the state enterprises is currently too large. Hence, it should be downsized in accordance with the line of business to make it more efficient and competitive," he stated.The criteria to merge state enterprises include the value creation capability and the ability to apply Public Service Obligation (PSO)."Currently, we are still conducting an assessment of all state enterprises to sort and ensure the accomplishment of the two basic criteria. The Ministry of State Enterprises has forecast that the number of BUMN will be reduced to some 100 companies," he remarked.State-Owned Enterprises (BUMN) Minister Erick Thohir had earlier spoken of steps to be readied to strengthen SOEs, including boosting efficiency by streamlining 27 BUMN clusters to 12 clusters, so they are more focused on their core business.Thohir had reiterated the importance of cluster downsizing for BUMN in the face of global competition.The minister believes that the competition will get tougher once the COVID-19 pandemic ends. (ANTARA)