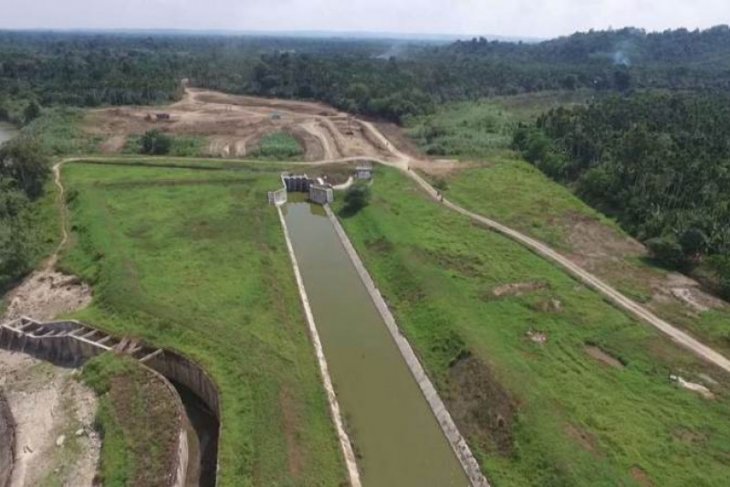 The Public Works and Public Housing (PUPR) Ministry has developed seven irrigation systems as part of the National Strategic Projects (PSN) to support economic recovery amid the COVID-19 pandemic.PUPR Minister Basuki Hadimuljono remarked that the ministry had developed several dams in some regions throughout Indonesia and additionally built irrigation systems to drive productivity in agricultural centers."The construction of dams has been followed by the development of irrigation systems. Hence, the dams, built at a high cost, could be beneficial by supplying water to the farmers' paddy fields," Hadimuljono noted in a statement in Jakarta on Friday.The ministry has set a target to build 500 thousand hectares of irrigation network and conduct rehabilitation of 2.5 million hectares of irrigation network during the period from 2020 to 2024 to boost the country's food and water resilience.The target would support the National Medium-Term Development Plan for 2020-2024 to improve water adequacy to support national economic growth.Development of the seven irrigation networks had been stipulated in Presidential Regulation No. 56 of 2018 on accelerating the implementation of PSN.Two irrigation projects completed were the irrigation area (DI) Umpu System in Lampung that served an area of 7,500 hectares and the 86-km DI Leuwigoong that would distribute water to 5,313 hectares of potential area.The five other irrigation networks still under construction are DI Jambo Aye Kanan in North and East Aceh districts, Aceh; DI Lhok Guci in West Aceh District, Aceh; DI Lematang in Pagaralam City, South Sumatra; DI Gumbasa in Sigi District and Palu City, Central Sulawesi; and DI Baliase in East Luwu District, South Sulawesi.  (ANTARA)