Rules Drafted for Second Round of Dissolution of State Institutes 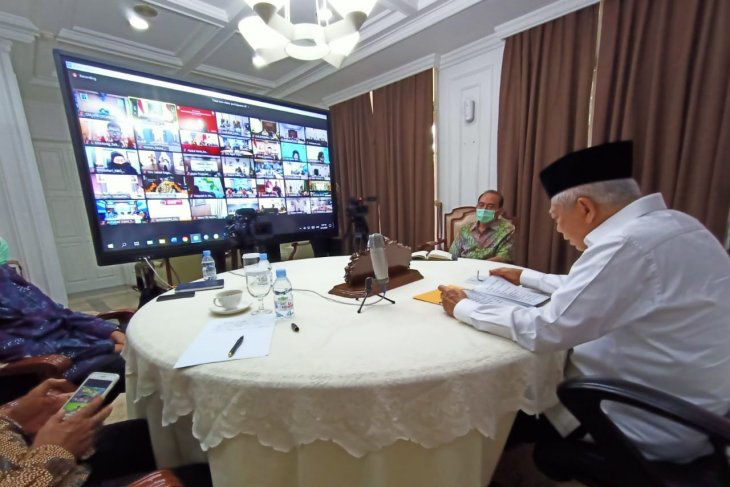 A presidential regulation has been drafted for the second round of the dissolution of state institutes, including working teams, boards, and committees, at the end of August, 2020, said Administrative and Bureaucratic Reform Minister, Tjahjo Kumolo.“Right now the Ministry of Administrative and Bureaucratic Reform, the State Personnel Board (BKN), the Finance Ministry, and the State Secretariat have prepared a draft presidential regulation on the second round of the dissolution (of state institutes),” he said, while opening a virtual coordination meeting on bureaucratic simplification along with Vice President Ma'ruf Amin in Jakarta on Tuesday.The second round of the dissolution of 11-13 state institutes is a follow-up to the disbanding of 18 institutes by President Joko Widodo through Presidential Regulation No. 82/2020 on the Committee for the Handling of COVID-19 and National Economic Recovery.“In syaa Allah (God willing), 12 to 13 more institutes will be dissolved at the end of August, 2020,” he said.The disbanding of state institutes, which were set up based on presidential decrees and laws, is part of efforts to streamline the bureaucracy since their tasks overlapped those of ministries and non-ministerial government institutions, he elaborated.He said it takes a long time to dissolve state institutes that are set up based on law because disbanding them requires a seal of approval from the House of Representatives (DPR).“We also recommend the dissolution or integration of boards or institutes set up based on law. It takes time and (due) process because they must be discussed with DPR,” he explained.Meanwhile, Vice President Ma'ruf Amin said the simplification of state institutes will make the bureaucracy more effective, efficient, and proactive in solving a wide range of issues.“Bureaucracy must be able to produce decisions quickly and accurately. Bureaucracy can move dynamically if it has a proportional structure, in accordance with the needs,” he noted. (ANTARA)