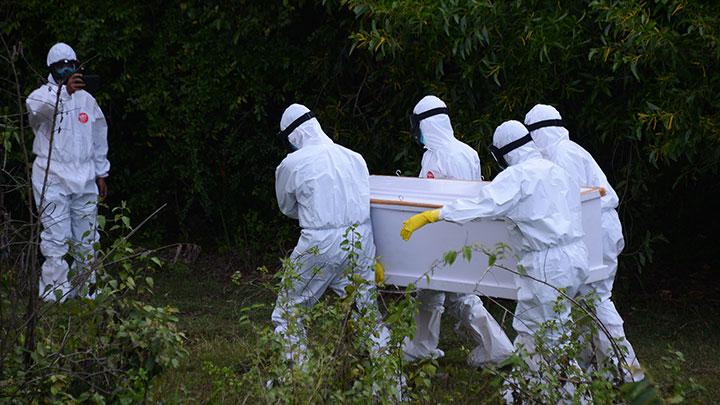 Amnesty Internasional Indonesia executive director Usman Hamid said the number of health workers who died of Covid-19 in the country is one of the highest in the world.

Amnesty recorded 181 medical workers in Indonesia died during six months of the pandemic. They consisted of 112 doctors and 69 nurses.

With this number, Indonesia is in the ranks of countries with the highest mortality rate for health workers in the world,” Usman said Saturday, September 5.

According to Usman, Amnesty International recorded at least 7,000 medical workers around the world died after contracting to Covid-19.

The top five countries with the highest number of health workers who died of Covid-19 are Mexico with 1,320 deaths, the United States with 1,077 death tolls, India with 573 casualties, Brazil with 324 casualties, South Africa with 240 deaths, and Indonesia with 181 casualties.

Usman hoped the government can put extra attention to this matter by fulfilling their needs of personnel protective equipment and other health facilities. (tempo.co)