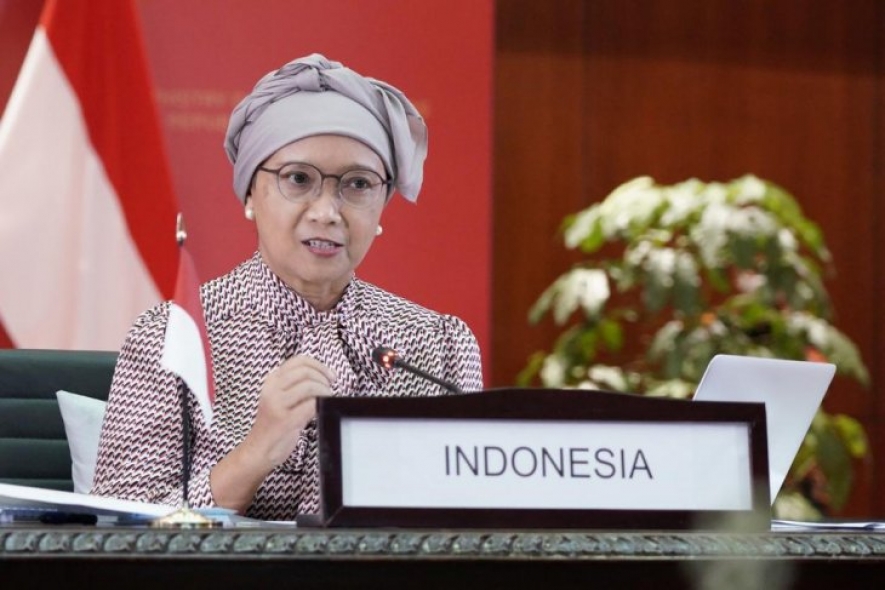 The forum discussed a wide range of issues, ranging from border dispute, escalating tension in the South China Sea, lack of progress on denuclearization in the Korean Peninsula, terrorism threat to rivalry between two superpowers.

"Under these current circumstances, we underscore the need for ARF to remain relevant to forge cooperation among (member) states in addressing the ever increasingly complex challenges in the region," Indonesian Foreign Minister Retno Marsudi said in a virtual press statement on the meeting.

In the press statement, Indonesia highlighted the significance of member states projecting dialog culture and values and peaceful settlement of conflicts.

The values and norms have navigated the Southeast Asian region in dealing with a wide range of challenges and become a guide to establishing cooperation with partner countries in the region for more than five decades, she said.

"We hope all partner countries including ARF member states to stick to the values," she remarked.

Indonesia is also looking forward to seeing peaceful and stable South China Sea where internationally-recognized principles including the United Nations Convention on the Law of the Sea (UNCLOS) 1982 are upheld, she said.

In fact, the matter has been outlined in the joint communique of the 53rd ASEAN Ministerial Meeting (AMM) stating that UNCLOS 1982 constitutes the frame of international law for all activities in waters and sea.

"The Code of Conduct in the South China Sea must be consistent with the international law including UNCLOS 1982. Indonesia also stressed that UNCLOS 1982 is the only basis to determine maritime entitlements, sovereignty and sovereign rights, jurisdiction, and legitimate interest in waters and sea," she said. ,

Indonesia also highlighted the importance of strengthening cooperation to deal with transnational security challenges, especially the threats of terrorism and human trafficking during the COVID-19 pandemic.

"I remind (the forum) that poverty and recession will increase the potential of groups to recruit them in terrorism movement. For its part Indonesia proposes an ARF statement related to treatment of children recruited by or associate with terrorist group. In sya Allah (Gode willing) it could be agreed upon and become the outcome of the ARF meeting," she said..

ARF is part of a series of ASEAN Ministerial Meetings held every year.