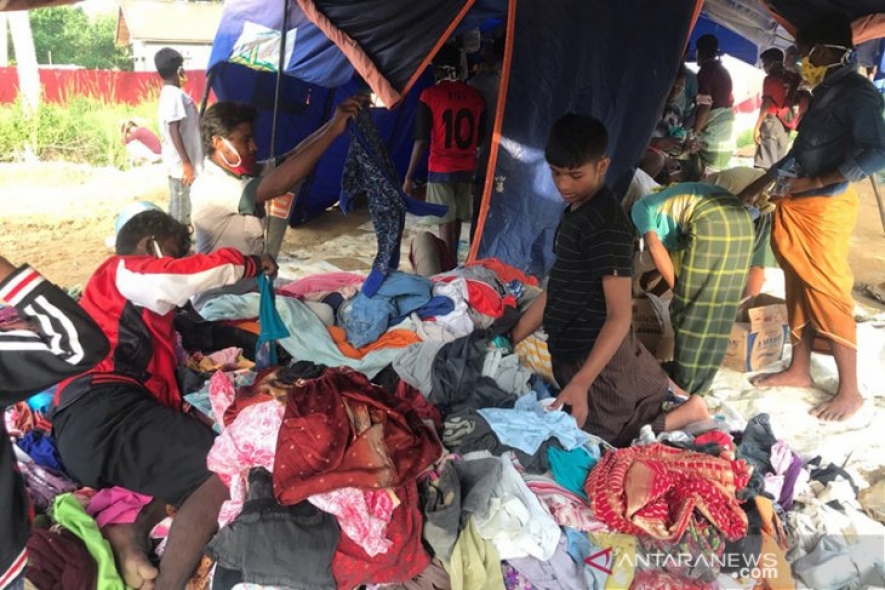 Indonesia has urged Myanmar to resolve the root of Rohingya issue and stressed the need for the safe, voluntary, dignified and sustainable repatriation of Rohingya to Myanmar's Rakhine State.

"Apart from that, we also stressed the need for responsibility sharing among parties to the 1951 Refugee Convention, international organizations and NGOs which have so far paid attention to the issue of irregular migrants to give concrete contributions," Foreign Minister Retno Marsudi said in a virtual press conference on Saturday.

At various international forums including the 53rd ASEAN Ministerial Meeting, Indonesia continued to echo the issue of Rohingya people who have since 2017 fled their homes in Rakhine state to avoid violence by Myanmar military, she said. This is because Rohingya refugees have become a regional issue since they had their citizenship rejected by the Myanmar government and migrated illegally from refugee camps in Cox’s Bazar,, Bangladesh, to other countries to find better life.

Many Rohingya residents often fell victim to human trafficking, and spent months adrift in the sea on their way to third countries. But the sail ended up in transit country such as Indonesia.

On Sept 7, 2020, Indonesia received another 296 Rohingya migrants in Gampong Ujong Blang, Lhokseumawe City, Aceh Province. The migrants comprised 105 men and 191 women most of them aged less than 18 years.

As per preliminary data, they came from Cox’s Bazaar,, with 119 of them admitting to securing refugee status from the United Nations High Commissioner for Refugees, (UNHCR).(ANTARA)