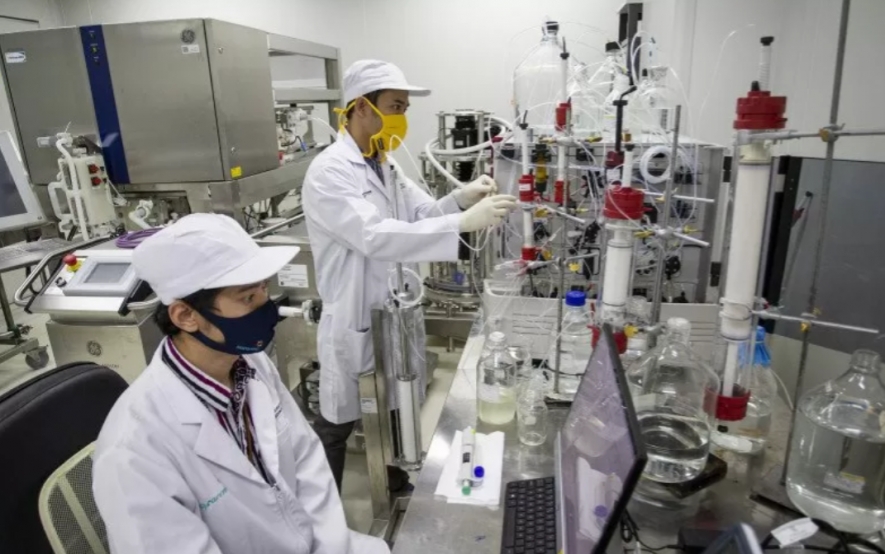 Indonesia's free and active foreign policy puts this country in a strategic position amid global competition for the development of the COVID-19 vaccine, according to observers.

The University of Indonesia international relations observer Shofwan Al Banna Choiruzzad assessed that it is in the interest of Indonesia and other countries in the world today to get a vaccine from whoever has developed it.

"The position of Indonesia, which is free and active, is clear [...] Our interests are not who will win or lose in this geopolitical competition, but to ensure that this great political power does not have a bad impact on us," Shofwan said.

Several countries are developing a COVID-19 vaccine, and some have entered the stage of clinical trials in humans to examine how potent the vaccine is used and how side effects it might cause - before finally being produced and used en masse.

The United States now has, at least, six vaccine candidates from six pharmaceutical companies are in the clinical trial phase. There is also a Russian with Sputnik V which was registered last August and is now ready to be tested on 55,000 volunteers.

China is also not left behind with the vaccine from the Sinovac company - which has signed a collaboration with Bio Farma and is carrying out phase III clinical trials in Bandung, including to West Java Governor Ridwan Kamil.

"What concerns Indonesia is how to encourage international organizations to more facilitate cooperation among countries whose tendencies are competing," Shofwan added.

Paramadina University international political observer Ahmad Khoirul Umam, separately, explained that "in (vaccine) production, the fact is that Indonesia could not have sufficient logistical strength or research capacity."

"Like it or not, in international relations, we must use the bandwagoning method - by holding it to countries that have adequate research and production capacity for the procurement of the COVID-19 vaccine," Umam said.

Therefore, according to him, Indonesia must intensify communication with external powers, both countries, and companies from other countries, and get the transfer of knowledge and technology from them.

"And the most important part of the vaccine (procurement effort) is the transfer of knowledge and transferring technology so that Indonesia does not depend on procurement and production (from outside)," concluded Umam. (Antaranews)