Indonesian Embassy in Moscow To Collaborate With Moscow Museum 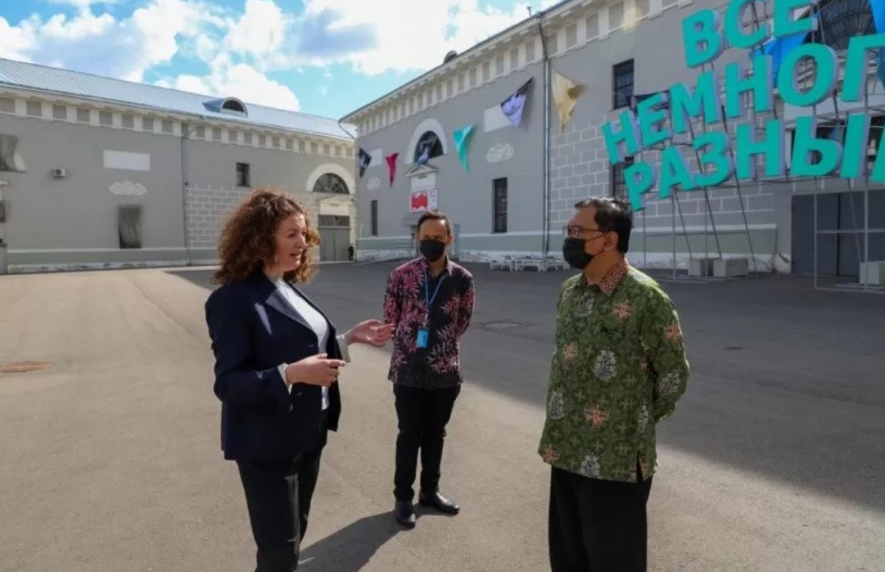 The Indonesian Embassy in Moscow and the Moscow Museum plan to collaborate in the form of various artistic activities such as exhibitions to workshops.

Various workshops for the arts and culture of Indonesia that will be held include; batik, gamelan, and traditional dances to film screenings on Indonesian Day at the Moscow Museum.

"The Russian public, especially in Moscow, can find out about the diversity of Indonesian culture through joint activities that are planned to be held at this museum," said the Chargé d'affaires (KUAI) who is also the Deputy of the Indonesian Ambassador to Russia and Belarus, Azis Nurwahyudi, in a meeting with the Director of Moscow Museum, Anna Trapkova, at the Moscow Museum, on Tuesday local time.

Azis said that Indonesia and Russia have a very close relationship.

"In 2020, Indonesia and Russia will commemorate 70 years of diplomatic relations, besides that both are multi-cultural and multi-ethnic countries," Azis said.

Azis said that cooperation plans could also be carried out with museums in Indonesia, including museums in Jakarta within the framework of a sister city between Jakarta and Moscow which began in 2006. Anna Trapkova welcomed the proposal which she considered very attractive.

"The museum is not only for promoting Moscow, but also for the home for citizens of other countries in Moscow. Cooperation can be established in two directions," said Anna Trapkova.

Azis Nurwahyudi and Anna Trapkova also stated that these activities and cooperation are expected to be realized freely after the pandemic COVID-19 ends. (Antaranews)