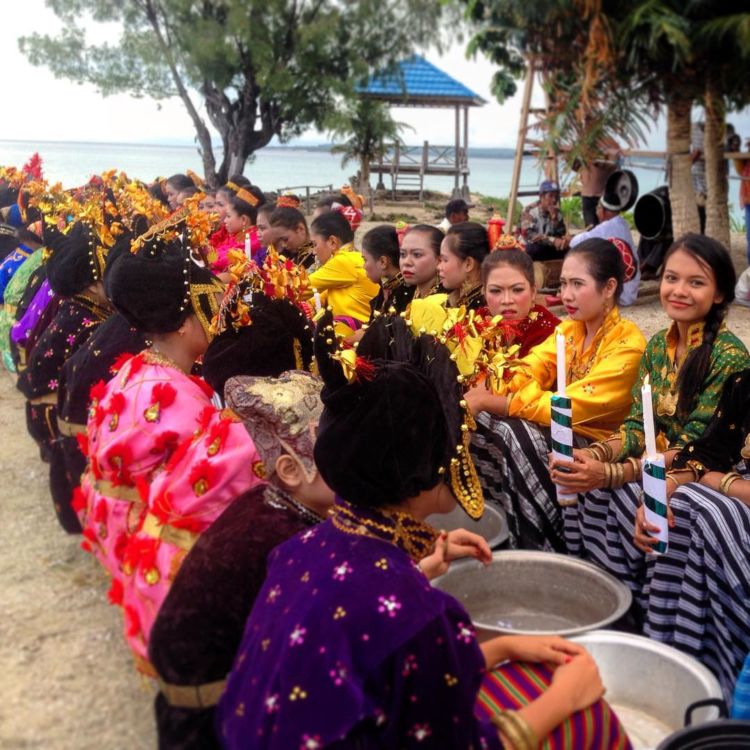 God creates creatures in a couple. In modern era, there are a lot of ways which can be conducted by human beings to find their couple. Take for example, people can use social media. Indonesia is rich of cultures, customs and traditions. One of the traditions in Indonesia is about  matchmaking of couple. Tradition to look for a couple from Wakatobi, Southeast Sulawesi is named ‘Kabuenga’; elopement tradition is still preserved by Osing (Using) tribe in Banyuwangi; Omed-omedan tradition from Bali, especially in Banjar Kaja region, Sesetan district, South Denpasar and Lakudo people in Central Buton regency, Southeast Sulawesi province have tradition to look for a couple called ‘Kamomose’. Kamomose is from word “Komomo” meaning flower which  almost blooms and  “Poose ose” means lined up regularly. So literally, Kamomose is a tradition where girls who sit in line-up to be regularly introduced to the village’s young men. The tradition is usually conducted after local people celebrate Eid Al-Fitr. In the beginning procession of Kamomose tradition, the girls  are protected for 6 days and nights by their parents or village’s elders who are given trust to take care them. Afterwards, the girls will be made-up like bride by wearing Buton traditional cloth. Then, they come out from house and line-up with other girls by face to face while carrying a basin. The procession is a meeting between the village’s girls and young men. If a young man is interested in one of the girls, he will throw peanut into the girl’s basin. Besides peanut, the young man will put money or jewelry. The next procession on Kamomose tradition is that the girl negotiates with her family to select and to ask permission from her family. If they agree, the next event will be continued with self-introduction stage and then it’s a more serious stage, such as engagement and wedding proposal. This tradition is still conducted by the local people of Buton regency until now.