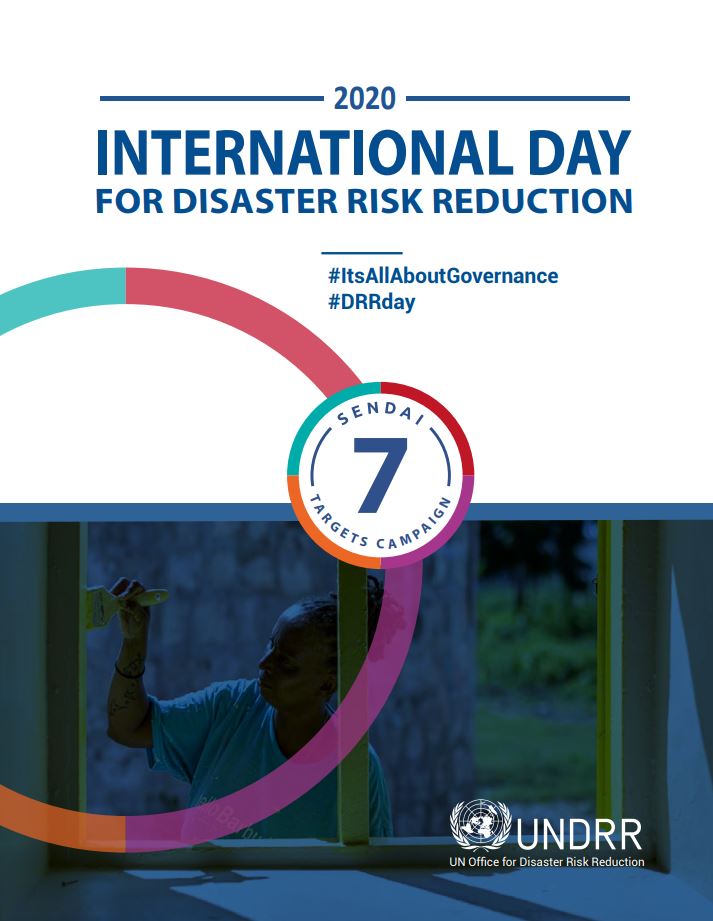 October 13th, the world commemorates International Disaster Risk Reduction Day. In 2009, the United Nations General Assembly designated October 13 as the anniversary to encourage communities and governments to take part in building societies that are resilient to natural disasters. Indonesia is one of the countries, which lies in the Ring of Fire, which is an area that often experiences earthquakes and volcanic eruptions that surround the Pacific Ocean basin. Thus, Indonesia is often hit by natural disasters related to earthquakes and volcanic eruptions, including hydro-meteorological disasters or natural disasters such as floods, landslides and wind storms.

Indonesia commemorates International Disaster Risk Reduction Day by setting October every year as Disaster Risk Reduction Month. The Indonesian people are reminded to be always aware of natural disasters. Experience shows that natural disasters may occur not only because of natural phenomena, but also because of the damaged ecosystem that’s continuously and extensively exploited, including global warming and climate change. The National Disaster Mitigation Agency -BNPB recorded 2,131 disasters from January to September 2020 throughout Indonesia. BNPB noted that 99% of the disasters that occur were hydro-meteorological disasters. In addition, there were forest and land fires. The disaster not only claimed casualties, injuries and property, but also displaced more than 4 million people.

Such large numbers should remind the residents that Indonesia has experienced and will always experience disasters at present and in the future. Even every year, the trend of the number always increases. How big or small the impact of a disaster depends on the resilience of the Indonesian people in dealing with the disasters. Resilience can be achieved if all related stakeholders co-work altogether without blaming each other. The central government, regional governments and all levels of society must work hand in hand in mitigating and managing the disaster risks. Because the natural phenomena and the disasters that may occur do not recognize boundaries. The commemoration of Disaster Risk Reduction Day should remind everyone of this need.

More in this category: « Mobilizing Micro, Small and Medium Enterprises amid Covid-19 Pandemic Inject the Covid-19 Vaccine Soon »
back to top
Home