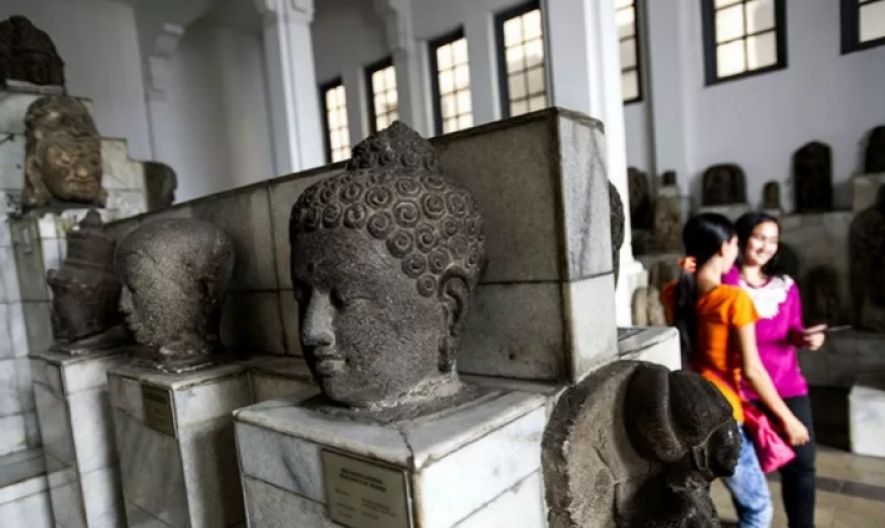 The Dutch government is ready to track down the owners of the thousands of historical objects that were seized from the former colony and return the relics to their owners.

However, according to the Dutch National Museum, Rijksmuseum, Tuesday (13/10), finding the legal owners of these historical objects will not be easy.

Of the thousands of looted items, two of them were diamonds from a sultanate in Indonesia and a cannon that was used to welcome the king in Sri Lanka.

The Rijksmuseum says some 4,000 museum collections have a clear connection to the kingdom's colonial history, which spans some 300 years since the mid-17th century. During his reign, Dutch colonialism was concentrated in Southeast Asia and the Caribbean region.

The Head of History of the Rijksmuseum, Valika Smeulders, welcomed the government's plans. An independent commission in the Netherlands this month called the government's decision to continue to keep colonial-era booty as historically wrong.

"The museum receives new knowledge, fresh sounds, new skills, and new ways to accept the past and how we see these objects ... We will tear down the walls of the museum," Smeulders said.

The Netherlands plans to establish an independent research center as a data center for colonial-era artworks, which will later include the origin of the objects and how they were obtained. The research center also plans to form a panel that will handle requests for restitution.

According to Smeulders, the job will be difficult. He gave an example of one of the museum collections, namely a 36-carat diamond that was seized by Dutch soldiers from the Sultanate of Banjarmasin in 1875.

Banjarmasin, an area located on the island of Borneo, is a unitary territory of the Republic of Indonesia. Since the colonial period until today, many changes have occurred in the Dutch and Indonesian governments.

“In this case, are you going to return the item to the state/government? or to the descendants of the Sultan (Banjarmasin),". "And, who has the right to talk to about this matter," he said.

Meanwhile, the blue and gold cannon from the Kingdom of Kandy in Sri Lanka was seized by VOC soldiers in 1765. The cannon is on display in a special rare goods cabinet belonging to the Dutch Prince of Orange.

The cannon along with dozens of other loot will be returned to Sri Lanka next year, but before that many historians and art experts debated the decision at seminars.

The Dutch decision to return the looted objects was the same as the steps taken by Germany and France.

Efforts to return booty have started since the Washington Principles agreement was issued in 1998, which allowed Nazi booty during World War II to be handed back to ethnic Jewish descent. (Antaranews)