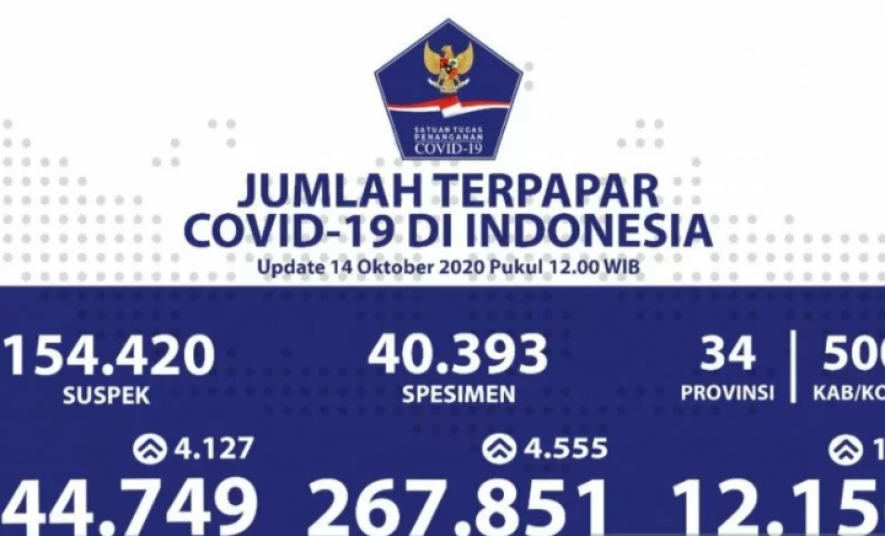 Based on the distribution of the number of cases, DKI Jakarta recorded the highest number of recovered patients, namely 1,191 people with 1,038 positive cases and 17 death cases.

Furthermore, there are 5 provinces that reported new cases under 10 and 1 province that today reported no additional cases, namely West Papua.

Then, the COVID-19 Task Force also recorded 154,420 suspected cases in 34 provinces throughout Indonesia.