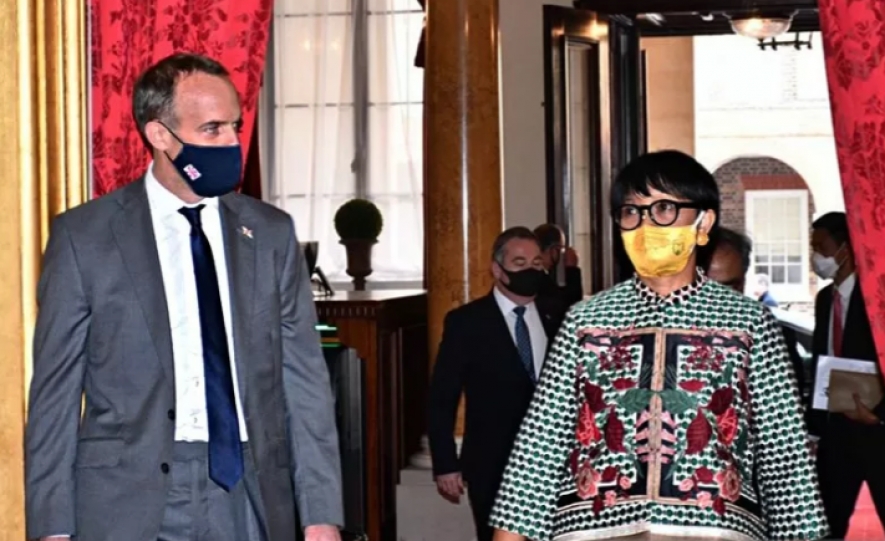 The Minister of Foreign Affairs, Retno Marsudi, expressed concern over the due diligence policy that is being prepared by the UK as a condition for the entry of several products from abroad.

This is because the plan to implement the policy will threaten seven Indonesian agricultural commodities, including oil palm, coffee, timber, and wood products.

"I convey that a policy like this has the potential to become a non-tariff barrier for Indonesia's exports to the UK," said Retno while briefing the media virtually from London, after she met with the British Foreign Minister, Dominic Raab.

Therefore, Retno suggested that the two countries sit together to discuss the possibility of making mutual recognition of policies that have been owned by each country regarding supply chain sustainability.

The due diligence policy requires producers who are going to export their products to the UK to include information or some kind of certificate proving that these commodities protect the ecosystem and are not planted on illegally deforested land.

If a manufacturer cannot comply with these rules, then the product may not be marketed in the UK or will be subject to fines if found to be violating.

In fact, Britain is listed as the fourth largest trading partner for Indonesia from Europe and is in the first rank of timber trade with Europe.

Therefore, by proposing mutual recognition, the Indonesian government hopes that a due diligence policy is unnecessary and there is no need to restrict products from Indonesia to England.

In addition to discussing trade issues, the two foreign ministers discussed the interest of several British investors in doing business in Indonesia in the renewable energy sector.