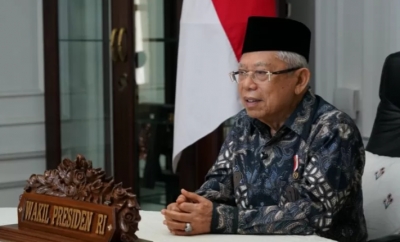 Vice President Ma'ruf Amin hopes that state universities can produce researchers and publish academic research results with high commercial value so they can answer the needs of the growing community.

"I consider that one of the main tasks of higher education is to help produce researchers who are capable of conducting research that is useful and has high commercial value," said Ma'ruf Amin when delivering a scientific oration at the 63rd Anniversary of Diponegoro University online in Jakarta, Thursday.

"Meanwhile, innovation is the result of various efforts we have made, including from research activities," he said.

The comparison of research budget allocation with the gross domestic product (GDP), continued Ma'ruf, is an indicator of the success of research in a country.

Compared with other countries in Southeast Asia, Indonesia is low in the allocation of research budgets.

"Although Indonesia itself has recorded an increase of over 150 percent from 2013, our research budget is still below 0.3 percent of GDP in 2019," he said.

Singapore and Malaysia have large research budget allocations, namely 2.6 percent and 1.3 percent, compared to their GDP.

Meanwhile, at the Asian level, South Korea and Japan were still higher, with the allocation of research and development funds amounting to 4.3 percent and 3.5 percent of GDP.

The government also continues to strive to increase the budget allocation for research and development in Indonesia, said Ma'ruf. However, the capacity to research human resources in Indonesia is still lower than in Vietnam.

Therefore, the Vice President hopes that all tertiary institutions, both public and private, can encourage their academics to improve the quality and quantity of research.

"Therefore, I hope that Diponegoro University can take on that role more effectively," he said. (Antaranews)