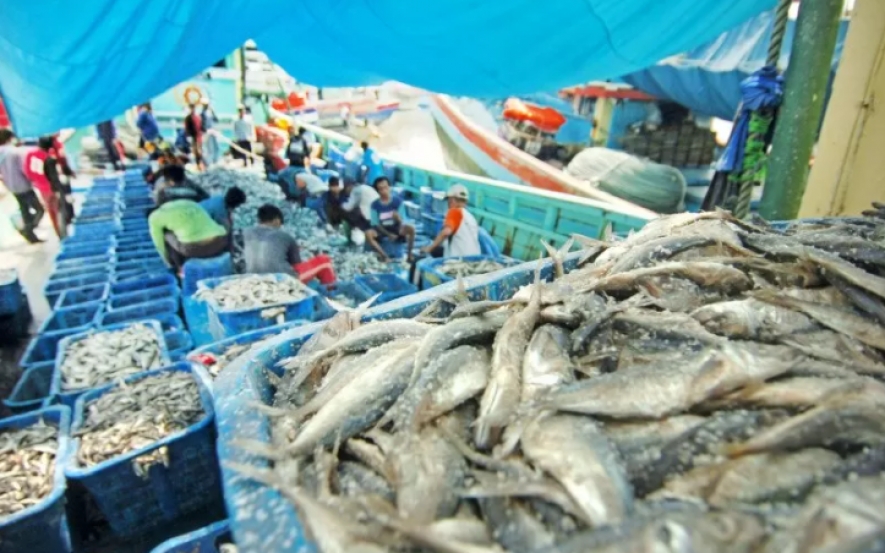 "Commemoration of Food Day is good momentum, to convince us that in facing the current hard conditions due to COVID-19, I am very optimistic that the marine and fisheries sector will be a solution," said Minister Edhy in Jakarta, Friday.

According to him, apart from being a solution for adequate food and nutrition for citizens, the marine and fisheries sector can also be a mainstay for both creating jobs and foreign exchange.

The Minister acknowledged that countries in the world were facing difficult times because the crisis occurred in three sectors at once, namely the health, economic and social crises, but he was optimistic that the marine and fisheries sectors could be a solution to boost Indonesia's economic growth.

This confidence is because he sees that the demand for Indonesian fishery products remains high in the international market, namely an increase in exports of 6.9 percent in the first semester of 2020 or the equivalent of $2.4 billion.

In addition, he said, fish resources in Indonesia are very abundant, namely, in capture fisheries, the potential reaches 12.5 million tons per year and cultivation land of over 4.5 million hectares.

"It's just that the results are not optimal," said the Minister of Marine Affairs and Fisheries. To increase production in the fisheries sector, Edhy stated that he routinely builds communication with many parties.

The communication, he continued, was not limited to stakeholders, but also local governments and ministries and institutions to world organizations, one of which was FAO.

Edhy gave an example of several successes in building communication, including the price of fish feed which did not increase during the pandemic, the ease of licensing boats over 30 GT which now only takes one hour, and the inclusion of fish in social assistance items.

To ensure the marine and fisheries sector's production chain runs during a pandemic, the KKP will channel several assistance from the National Economic Recovery Program.

Among them are portable refrigeration warehouses, fishing gear, floating net cages, facilities, and infrastructure for salt farmers in various regions in the country.

The Minister of Marine Affairs and Fisheries confirmed that KKP policies focus not only on economic growth but also on sustainability. (Antaranews)