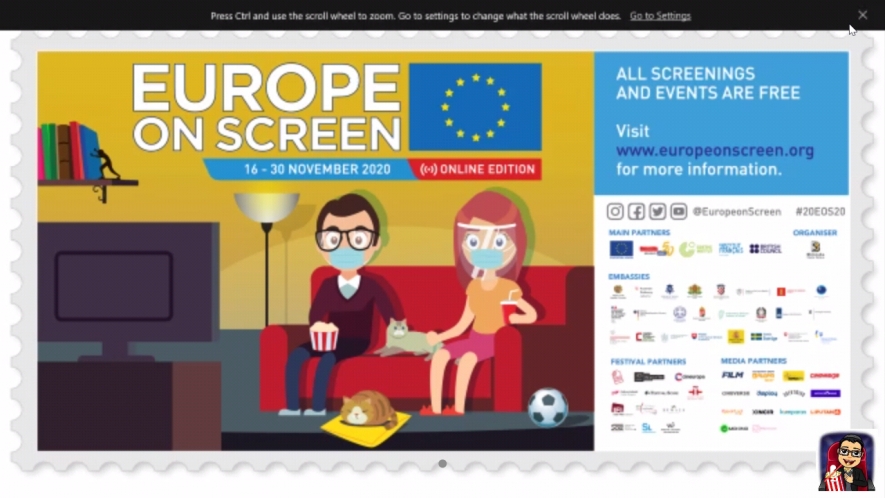 Ambassador of the European Union to Indonesia Vincent Piket in his remarks at an online press conference in Jakarta, Monday (02/11), said that this film festival is special because for the first time they will hold it online.

"This year Europe's On-Screen is special because, for the very first time in our 20-year history, we'll be hosting all of our screening digitally in the online platform," Piket said.

Vincent Piket added that even though they hold it online, this festival still presents a series of the best contemporary European films.

"Thanks to our digital platform, we will reach, able to reach out to a very large geographic space all the way from Sabang in Aceh to Merauke in Papua, covering every one of Indonesia's 34 provinces," Piket said.

A total of 40 feature films from 25 European countries and 1 short film compilation winning the EoS 2019 Short Film Pitching Competition can be accessed from the audience's home.

In a release received by Voice of Indonesia, Monday, to welcome the festival, Europe On Screen will hold webinars and online workshops with European film practitioners through a series of pre-festival events on 9-13 November 2020.

Europe On Screen 2020 can be accessed via the Festival Scope website.
Festival Scope is a special site to hold online film festivals that have been used by several international film festivals in the world, such as Venice, Helsinki, and others.
To get tickets to watch, viewers can create an account on the Festival Scope website and have the latest browser and device operating system. Free tickets will be available on screening day with a limited number of each film. (VOI)