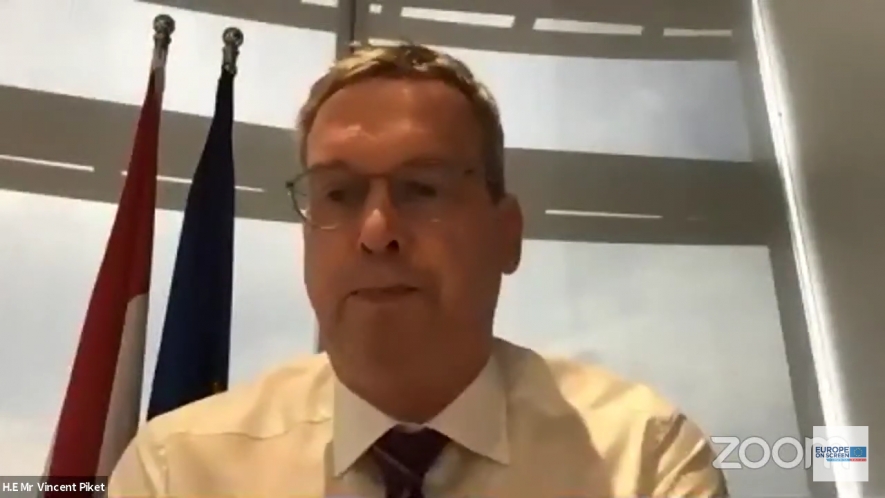 Vincent Piket, Ambassador of the European Union to Indonesia Screenshot Europe On Screen

Jakarta (VOI News) - The European Union Film Festival “Europe on Screen” (EOS), one of the biggest film festivals with the longest duration in Indonesia, is screened again from 16 to 30 November 2020 through the Festival Scope online platform. This year, 40 films from 25 European countries can be watched from anywhere in Indonesia for free. Vincent Piket, Ambassador of the European Union to Indonesia, in his remarks at the virtual opening of Europe on Screen, Monday (17/11) said that apart from presenting films from 25 European countries, this film festival also promotes the talents of young Indonesian filmmakers through Short Pitching Film Competition.

"The festival is also keen to promote promising young Indonesian film makers. And therefore, as in previous years, we will hold the Short Film Pitching Competition. For this year's competition, we have received an astounding number of 170 entries. We will announce the winners during the festival's closing in fifteen days from now," said Vincent Piket.

European Union Ambassador Vincent Piket also said that apart from being a medium to bring entertainment to everyone, at the same time films can also enrich viewers with insight into various cultures. In this regard, he hopes Europe on Screen 2020 film festival can continue to spread messages about intercultural understanding between people of different beliefs, thoughts and values. (VOI/AHM)