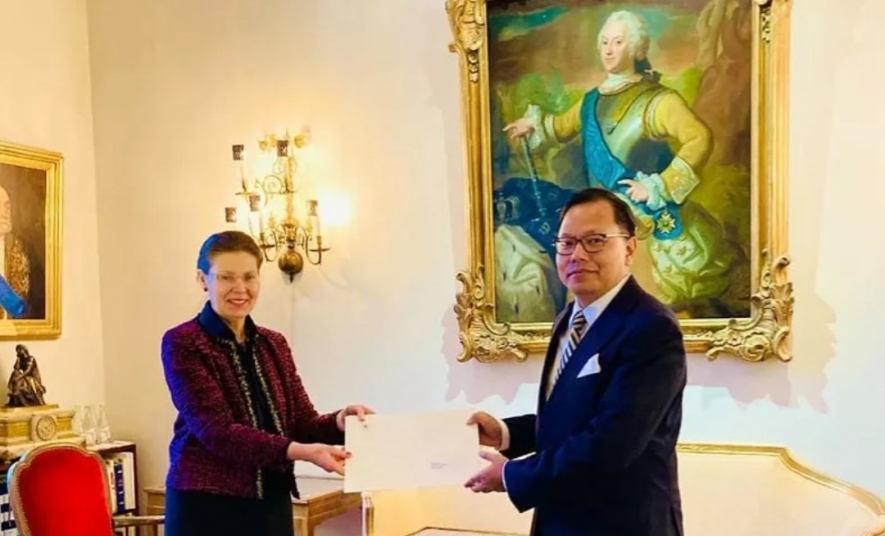 The Indonesian Ambassador to the Kingdom of Sweden and the Republic of Latvia, Kamapradipta Isnomo, has submitted credentials to the King of Sweden with special arrangements through the Chief of Protocol of the Swedish Foreign Ministry, Maria Christina Lundqvist.

The handover of credentials on Thursday (19/11) local time marked the official start of Ambassador Kama's diplomatic duties in Sweden.

"Economic diplomacy has become the main goal during my tenure, and hopefully, the business, trade and investment sectors can be further improved between Indonesia and Sweden," said Ambassador Kamapradipta through a written statement from the Indonesian Embassy in Stockholm, Friday.

For his assignment period, Kama set a number of priorities which include another focuses on economic diplomacy with the target of increasing RI-Swedish trade as well as increasing research and technology cooperation, especially in joint research and production of the health industry.

He also carries out the task to increase defense cooperation, university cooperation, and increase the number of Swedish tourists to Indonesia.

Ambassador Kama previously served as Director of Socio-Cultural and International Organizations of Developing Countries at the Directorate General of Multilateral Cooperation.

Prior to his assignment to Sweden, he was assigned to the Permanent Mission of the Republic of Indonesia to the United Nations in New York and Geneva as well as the Indonesian Consulate General in Melbourne, Australia. (Antaranews)