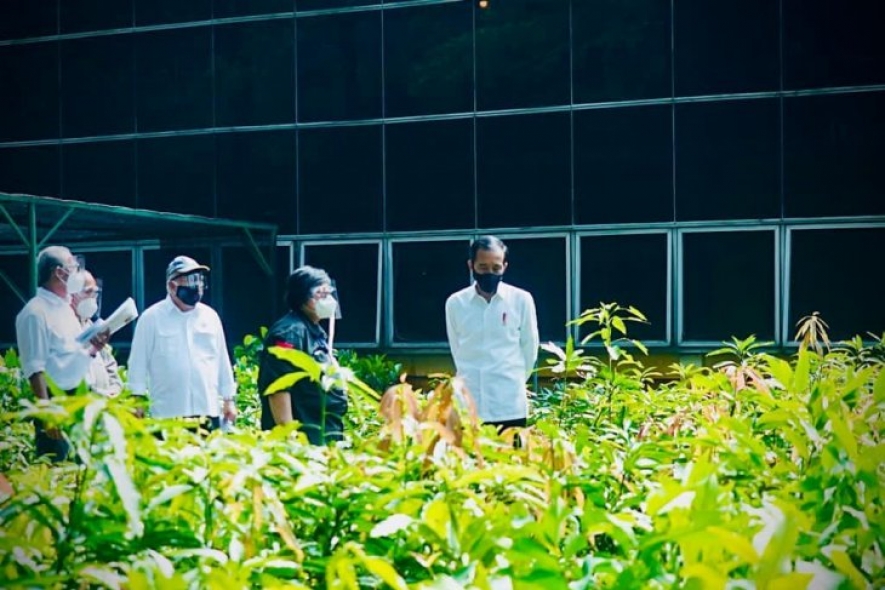 President Joko Widodo (Jokowi) on Friday inspected the development of the seed and seedling center in Rumpin, Bogor District of West Java that will provide seeds to conduct reforestation in regions susceptible to disasters.

"We are optimistic that (the nursery) would be completed in 2021 and commence production. We would produce more than 16 million seeds here," the president remarked.

The seeds will be distributed to regions prone to floods, landslides, and other natural disasters.

The head of state noted that in future, Indonesia will build a green economy.

"Hence, I have instructed to plant albasia, eucalyptus, mahogany, kaya, merbau, ebony, and teak and also fruit-bearing trees, such as durian," he stated.

Starting from 2021, the government will build seven nurseries throughout Indonesia.

"We will have built nurseries in Bogor of West Java, Toba in North Sumatra, Mandalika in West Nusa tenggara, Labuan Bajo in East Nusa Tenggara, and Likupang in North Sulawesi," he stated.

"We have planned to develop 630 thousand hectares of mangrove forests, and this will need a nursery, a seedling center, which we will prepare soon," Jokowi remarked.

The head of state reiterated that Indonesia will channel its attention on the development of a green economy.

"A sustainable economy, and we hope that it would have a larger impact on the people's economy," he asserted.