Indonesian Government Asks the USA to Do Fair Trade Featured 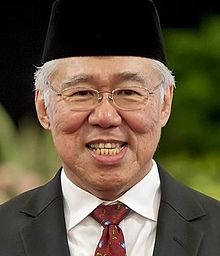 The government of Indonesia wants trade partner countries, especially the United States of America to carry out free and fair trade. The statement is related to President Donald Trump's move to impose high import tariffs on steel and aluminum products. Minister of Trade, Enggartiasto Lukita was quoted as saying on Friday that President Trump's move does not directly have a major impact on Indonesia as Indonesia's exports of steel and aluminum to the US are relatively small. But, Indonesia asks all countries to carry out free and fair trade. Minister Enggartisto affirmed that trade war will only be annoying and disadvantageous. President Donald Trump said that he would impose a 25-percent tariff on steel imports and 10 percent for aluminum products. The decision was made under the guise of protecting domestic products in the United States. President Trump's decision was viewed badly by his key economic adviser, Gary Cohn since the beginning of the administration. Gary Cohn resigned from his post after President Trump decided to impose tariffs on steel and aluminum imports. (Ant-Mar/edit r/Trans by Rhm)