Megawati: Having the Same Aspiration, Friendship between Vietnam and Indonesia will be Eternal 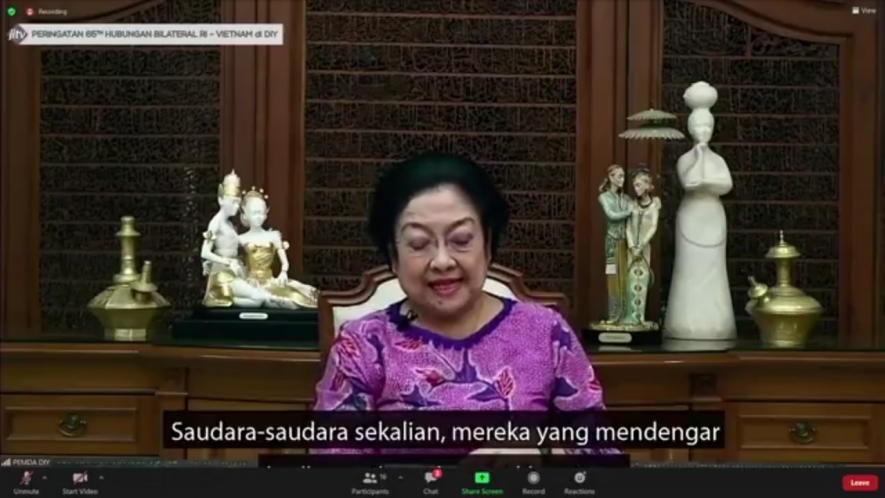 VOI News - A week-long photo exhibition is being held at Yogyakarta’s public library Grhatama Pustaka and virtual format at Virtualexpo.jogjaprov.go.id to commemorate the 65 years of bilateral diplomatic relations between Indonesia and Vietnam. Speaking online at the opening ceremony of the event on Monday (08/12), Megawati Soekarnoputri shared her deep memories of Uncle Ho and her father, President Soekarno, during President Ho Chi Minh's visit to Indonesia in 1959, emphasizing the similarities in the exceptional qualities that are rare for both leaders. She also expressed her belief that the friendship between Vietnam and Indonesia will surely be eternal because both countries share the same aspirations for freedom, independence, and the next generations need to continue to preserve. MeanwhileGovernor of Yogyakarta Sri Sultan Hamengku Buwono X represented by Deputy GovernorKanjeng Gusti Pangeran Adipati Aryo Paku Alam X, in his virtual remarks, stressed relationship history between Indonesia and Vietnam will strengthen cooperation bilaterally, not only at the governmental level but also in the relations between the two peoples. He believed that the event would become an opportunity for the people of the two countries, especially youth, to deepen understanding of the long-standing friendship between the two countries. (AHM/VOI/Embassy of Vietnam)