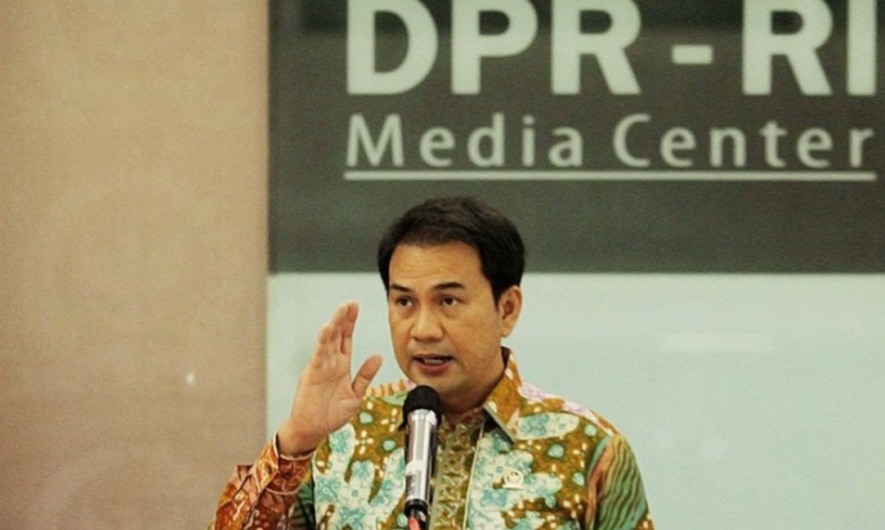 Deputy Chairman of the House of Representatives (DPR) Azis Syamsuddin urged the government to improve the quality of service and safety of the aviation transportation system."The Sriwijaya air plane crash becomes a homework for the government to seriously prioritize passenger safety in the field of air transportation," Syamsuddin noted in his statement here, Monday.The DPR deputy chairman was optimistic that the government would adopt a firm stance against airlines found to have been negligent.Syamsuddin expressed hope that a similar event would not recur in the field of Indonesian aviation.The deputy chairman urged the airline to conduct an evaluation to gain a deeper understanding of the event that caused the crash by referring to the results of an official investigation conducted by the National Transportation Safety Commission (NTSC)."Pilots and flight technicians in future should pay attention to any damage or problems that often lead to crashes," he pointed out.The Golkar Party politician assessed that technological developments would make the process easier by always conducting regular maintenance.Moreover, he highlighted the importance of the aviation industry regulators being heedful of all airlines seriously implementing standard operating procedures (SOPs), even if necessary audited.The ill-fated Sriwijaya Air jet reportedly carried on board 50 passengers and 12 cabin crew on its flight from the Soekarno-Hatta Airport to Pontianak, West Kalimantan, according to Minister of Transportation Budi Karya Sumadi."The number of passengers totaled 50, comprising 43 adults, seven children, and three babies, in addition to 12 crew members," Sumadi remarked during a virtual press conference held here on Saturday night.The Ministry of Transportation earlier confirmed that air traffic controllers had lost contact with Sriwijaya Air flight number SJ182 at approximately 2:40 p.m. Western Indonesian Standard Time (WIB).Last contact with the Boeing 737-500 aircraft, bearing registration number PK CLC, was made at 11 nautical miles, north of the Soekarno-Hatta International Airport, Tangerang, in suburban Jakarta, after passing an altitude of 11 thousand feet and while increasing to 13 thousand feet. The plane took off from the Soekarno-Hatta Airport at 2:36 p.m. local time. The flight schedule was delayed from the initial departure set at 1:35 p.m. local time owing to bad weather.Pulau Seribu District Head Junaedi noted on Saturday that the Sriwijaya Air flight crashed in the waters off Laki Island, Tidung Island Village, Jakarta, during heavy rains."Based on information from the local fishermen, they saw an object falling into the sea off Lancang Island and Laki Island. Rumbling from the plane crash was felt in the settlement area on Lancang Island," Junaedi was quoted as saying by the Pulau Seribu Communication, Informatics, and Statistics Office. (antaranews)