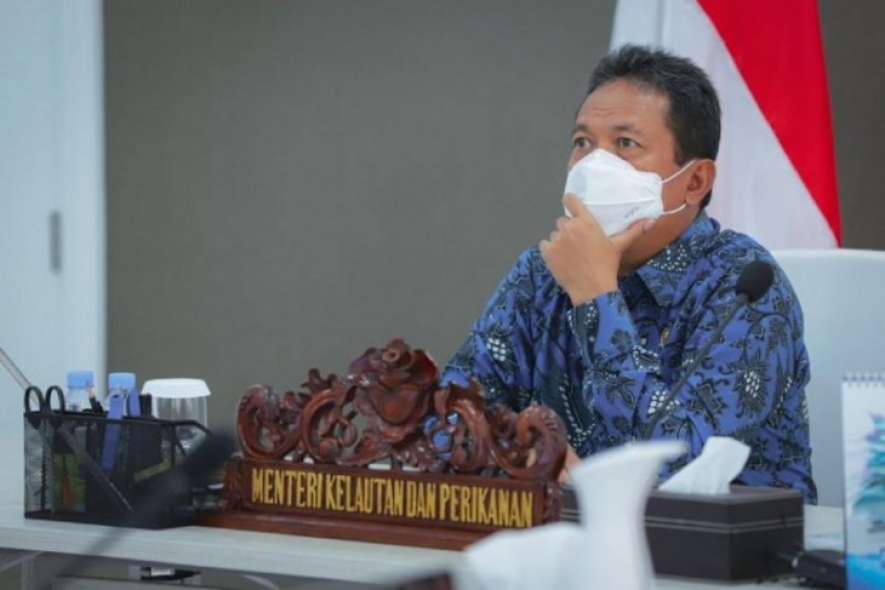 Maritime Affairs and Fisheries (KKP) Minister Sakti Wahyu Trenggono targets to make Indonesia the world's largest vaname shrimp producer by increasing production to 16 million tons annually, from currently below one million tons.To this end, Indonesia must begin developing new shrimp ponds spanning an area of 200 thousand hectares until 2024."If we succeed in developing 200 thousand hectares of shrimp ponds, with two harvest cycles of 80 tons per hectare per year, based on an economic analysis, it could generate nearly Rp1,200 trillion," Minister Trenggono noted in a press release here on Thursday.Currently, Indonesia's vaname shrimp production is less than one million tons yearly, below that of China, Ecuador, Vietnam, and India.Shrimp pond development over 200 thousand hectares not only aims to make Indonesia the top shrimp producer worldwide but also to build a strong defense system to protect the nation’s maritime wealth, he expounded.Apart from developing new ponds, Trenggono revealed that the KKP will also build aquaculture villages in several parts of Indonesia to boost the community's economy.The two activities are the ministry's flagship programs that he leads, in line with its motto of developing sustainable aquaculture, he remarked.The KKP Ministry has targeted to boost aquaculture productivity, from the 2020 production target of 18.44 million tons to 19.47 million tons in 2021."The KKP's Directorate General of Aquaculture has set targets and outlined priority programs to increase aquaculture productivity in 2021," Director General of Aquaculture Slamet Soebjakto stated.Soebjakto explained that the aquaculture production target in 2021 comprised 7.92 million tons of fisheries and 11.55 million tons of seaweed.The ministry’s other target for 2021 is to boost ornamental fish production for which coordination with the local governments, at the provincial, district, and city levels will be strengthened in order to build synergy in the development of aquaculture in these regions. (antaranews)