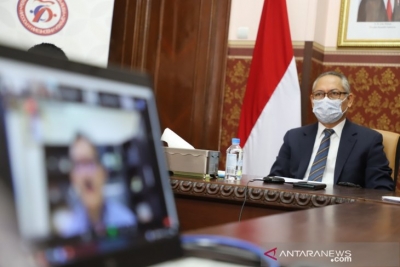 Indonesian Ambassador to Russia and Belarus Jose Tavares attached importance to the bilateral cooperation between Indonesia and Russia to address the current global strategic environmental changes.Addressing lecturers and students of the Indonesian Christian University (UKI) during a webinar on Friday, Tavares highlighted the long-standing relations between both nations and their common vision to address global issues, including strengthening the UN system."The world is currently facing uncertainty and experiencing strategic environmental changes. Indonesia and Russia need to respond to them by intensifying bilateral partnership," he noted in a statement of the Indonesian Embassy in Moscow, a copy of which was available to ANTARA in Jakarta on Saturday.In fact, Indonesia received support since its early days, including through diplomatic support, weaponry supplies, and military adviser in the 1960s when the country had attempted to regain West Irian, now Papua, he pointed out.Tavares admitted to the highs and lows in the relations between both nations."The bilateral relations had witnessed downs from the late 1960s to the 1980s during the Cold War. The bilateral relations normalized when the then president Suharto met with then president Gorbachev in 1999. Since then, relations have continued to be good until now," he stated."Under the bilateral framework, there is vast potential to enhance cooperation, especially in the fields of trade, investment, and tourism as well as Russia serving as a place to study science and advanced technology," he remarked. (antaranews)

More in this category: « Biden to sign executive orders on Day 1, amid high alert for inauguration China reports 109 new COVID-19 cases as infections persist in northeast »
back to top
Home