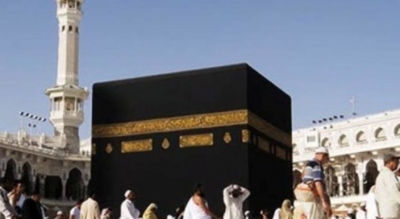 After waiting for a long time, finally, the good news came to Muslims all over the world, including Indonesia.

The good news is that the Saudi Arabia government has again allowed pilgrims to perform Umrah worship in the Holy Land of Mecca.

"Insha Allah, for November 1, it has been reopened to the outside community, including Indonesia, to date it is only open to domestic congregations in Saudi Arabia," said Head of the Regional Office of the Ministry of Religion Bangka Belitung Province, M. Ridwan to RRI.co.id, Tuesday.

Ridwan explained, for the opening in early November, Saudi will only allow Umrah pilgrims from several special countries that are considered safe, with a capacity of 100 percent until the end of the pandemic.

Apart from Umrah, his party has also made preparations for the pilgrims, and rituals have been carried out for pilgrims who have not departed this year.

"Hopefully there will be no more obstacles in its implementation, COVID-19 will end quickly," he said.

However, by allowing the Hajj and Umrah pilgrimages to return, his party still hopes that the implementation will still comply with health protocols.

"And people who have registered are expected to continue to prepare themselves and maintain their health," he said. (RRI)