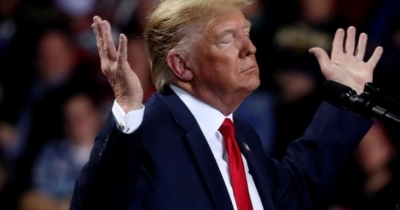 President of the United States Donald Trump has been declared cured of COVID-19, following a negative test result.

"I can say that he tested negative on several consecutive days, using the Abbott BinaxNOW antigen card," said Presidential Doctor Sean Conley in an official statement on Monday (12/10/2020) local time reported by CNN.

Meanwhile, reported by AFP, although it did not clearly specify the day and location of the test, the doctor's statement stated that the negative result had taken into account several measurement methods, not just a quick test.

However, he confirmed that the data allowed the medical team to conclude that Trump had no potential to transmit the virus to other people.

This brief statement was issued while the president was on board Air Force One en route to Florida for the campaign. (RRI)