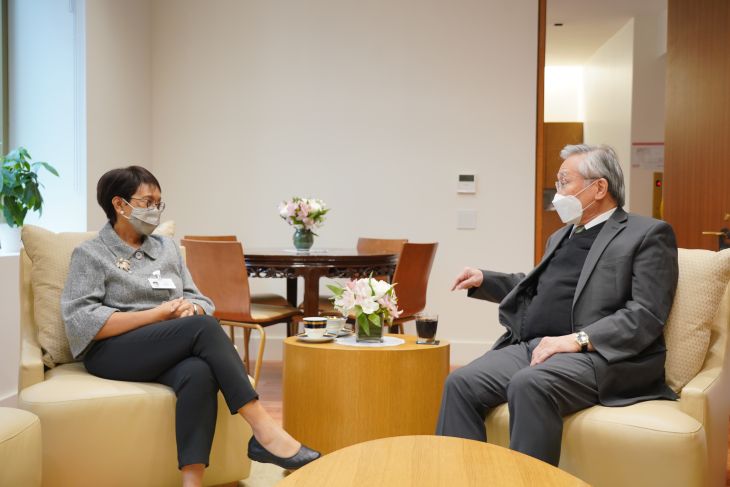 Thai Foreign Minister Don Pramudwinai has expressed his country's support for Indonesia’s chairmanship of the Association of Southeast Asian Nations (ASEAN) in 2023, according to the Indonesian Foreign Ministry.Pramudwinai voiced the support during a meeting with Indonesian Foreign Minister Retno Marsudi on the sidelines of the “High-Level Week of the 77th UN General Assembly” in New York on Monday (September 19, 2022)."The chairmanship comes while the global and regional conditions are not easy. Support from all ASEAN member states will greatly assist Indonesia in executing its chairmanship," Marsudi said in the written statement released by the Foreign Ministry on Tuesday.ASEAN is facing external and internal challenges. The external challenges are closely related to the current global dynamic, while the internal challenges include the protracted political crisis in Myanmar, she noted.During their meeting, the two foreign ministers also exchanged views on the best way that the regional grouping can consistently serve as a driver of regional stability and prosperity.They also agreed to continue the discussion on Myanmar in October this year in Bangkok.ASEAN comprises Brunei Darussalam, Cambodia, Indonesia, Laos, Malaysia, Myanmar, the Philippines, Singapore, Thailand, and Vietnam. (Antaranews)