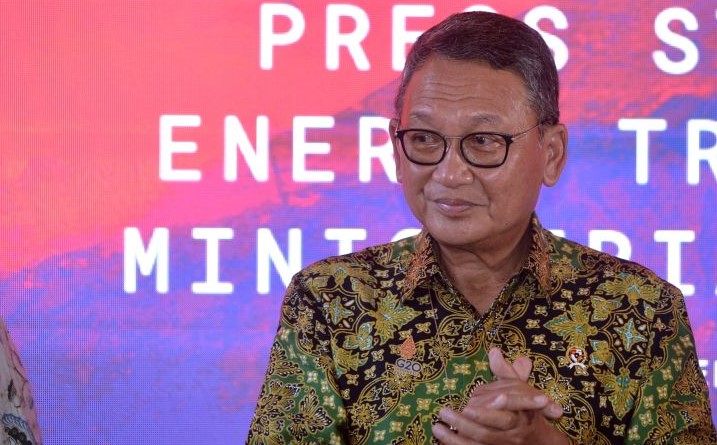 Natural gas can play an important role in the transition to low-carbon energy before the dominance of fossil fuels shifts to renewable energy in the long term, the Energy and Mineral Resources Minister has said."Of course, this energy transition will be carried out in several stages by considering competitiveness, cost, availability, and sustainability," Minister Arifin Tasrif said at the 46th Indonesian Petroleum Association (IPA) Exhibition and Convention in Jakarta on Wednesday.The strategy to achieve a balance between increasing oil and gas production and carbon emission targets requires low-emission technology innovations, for example, through the implementation of CCUS (carbon capture, utilization, and storage), he explained.Currently, there are 14 CCS/CCUS projects in Indonesia, but all activities are still at the study and preparation stage. The projects are mostly targeted to go on-stream before 2030.According to the Indonesian government, one of the promising projects that will be implemented in the near future is the Tangguh Enhanced Gas Recovery (EGR) and CCUS.The project aims to cut around 25 million tons of carbon dioxide and increase gas production to 300 BSCF (billion standard cubic feet) by 2035. Tangguh EGR/CCUS could even serve as a role model for gas development in Indonesia in the future.Tasrif said that the government is currently drafting a ministerial regulation on CCS/CCUS. In the first stage, the main focus will be to regulate CCS/CCUS for enhanced oil recovery, EGR, or enhanced coal bed methane recovery in the natural gas oil working area."We are still finalizing the draft and this regulation is one of our priorities," he added.Based on the General National Energy Plan (RUEN), Indonesia's oil consumption is projected to increase by 139 percent and natural gas consumption by almost 300 percent. This is based on projected population growth of over 23 percent to nearly 350 million in the next 30 years.Currently, G20 members and countries globally have set targets for achieving carbon neutrality, in line with the Paris Agreement.As per the nationally determined contribution (NDC) document, Indonesia is targeting to cut emissions by up to 29 percent through its own efforts in the next 8 years or up to 41 percent with international assistance.The minister said he is optimistic that the oil and gas industry will overcome all challenges by implementing technologies that can further reduce greenhouse gas emissions and help Indonesia achieve carbon neutrality through international cooperation. (Antaranews)