Nepal coalition to aim for growth if returned to power, finance minister says 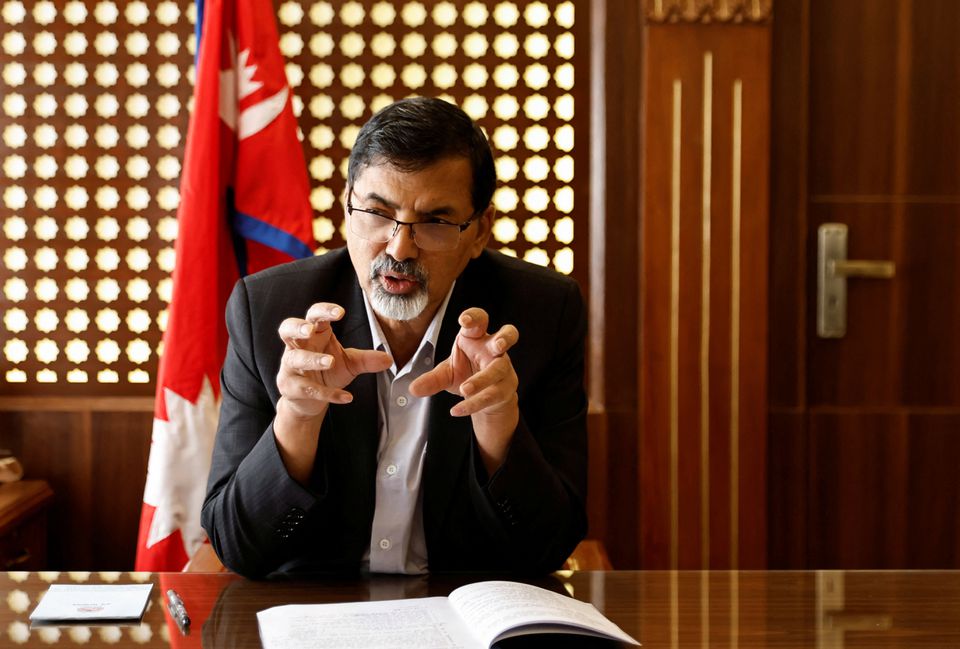 Nepal's ruling coalition will provide incentives for exporters and lift import curbs as part of efforts to put the economy on a higher growth trajectory if it is returned to power in a general election next month, the finance minister said.

Led by the centrist Nepali Congress party and a group of former Maoist rebels, the five-party alliance, which has been in government since July last year, hopes to win voters' confidence in the Nov. 20 vote for the 275-member parliament.

Nepal, one of the poorest countries in Asia wedged between China and India, is recovering steadily after two years of the coronavirus pandemic and surging energy prices this year.

"We'll focus on export promotion for which there are immense possibilities like in hydropower, steel, and cement to narrow the trade deficit rather than limiting imports," Finance Minister Janardan Sharma, a senior leader of the Nepal Communist Party (Maoist Centre), told Reuters in an interview on the weekend.

Sharma said a ban on the import of cars, liquor, and mobile telephones could soon be lifted following an increase in foreign exchange reserves.

In April, the government banned the import of 10 luxury items including cars and televisions after foreign currency reserves dipped. Curbs on many goods were later lifted.

Sharma, a three-time parliamentarian who served as a Maoist guerrilla commander, said Nepal's recent economic woes and political stability would be a priority for voters in the election for the national parliament and seven state assemblies.

Maoist rebels battled the government in Nepal, where China and India compete for influence, for a decade from 1996 before agreeing to a ceasefire and entering politics.

But political stability has proven elusive with 10 different governments since the abolition of a 239-year-old monarchy in 2008.

Sharma said the government had taken measures to conserve falling foreign exchange reserves and avoid the sort of economic crisis seen in one South Asian neighbour.

"Some people were saying the economy was heading the Sri Lanka way," he said.

With the growth of remittances from Nepali workers abroad and higher government spending, the economy was showing signs of recovery as reflected in a pickup in bank credit - rising 12.7% in mid-August compared with the previous month, he said.

The government plans to launch big infrastructure projects including an international airport at Nijgadh in the southern plains and highways to boost growth to 8% this financial year, which began in mid-July, from 5.84% last year, he said.

But critics and opposition parties say the economy is still facing huge problems.

The Asian Development Bank said in a report last month Nepal's economic growth was likely to ease to 4.7% year-on-year this fiscal year, reflecting the tightening of monetary policy and higher inflationary pressures.

Defending his government's performance, Sharma said experiments with single-party governments had failed to provide stability in the recent past.

"We believe that voters will return the ruling alliance of parties with different ideologies to power for stability," he said. (Reuters)