Economic model to incorporate sustainability in its variables 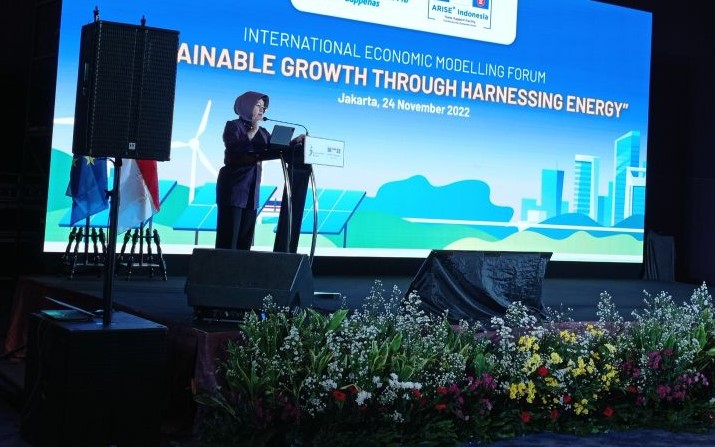 The National Development Planning Ministry noted that the national economic model should include sustainability in its variables in order for it to remain relevant."If we want to keep the economic model relevant in the present times and in the future, the variable of sustainability should be included in the model," deputy for economic affairs at the National Development Planning Ministry Amalia Adininggar Widyasanti stated at the International Economic Modeling Forum here on Thursday.This economic model will allow policy makers to gauge the costs, so that the industry remains competitive and carbon emissions can also be reduced, with carbon taxes, among several aspects, which can be implemented."This includes how carbon taxes can be allocated to boost the productivity of the industrial sector," she noted.Such an economic model that takes sustainability into account can also gauge the impact of the adopted strategies aimed at increasing investment in the new and renewable economic sectors."We can also conduct simulations to get an idea of whether economic development is in accordance with our NDC (Nationally Determined Contribution) commitments," she noted.Indonesia increased its 2030 carbon emission reduction target. Through its own efforts, a 31.89-percent rate of carbon reduction is expected, from 29 percent of the target earlier; and through international assistance, it expects a 43-percent rate of carbon reduction, from 41 percent of the target earlier.Indonesia has begun implementing an economic model that includes the sustainability variable with help from Arise Plus funded by the European Union.Widyasanti stated that sustainable economic growth could be achieved successfully through cooperation between the government and the private sector in addressing fundamental challenges. (Antaranews)