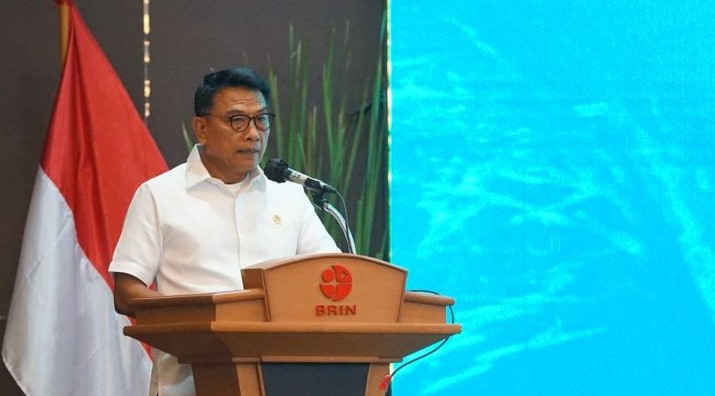 Head of the Presidential Staff Office (KSP), Moeldoko, has asked the National Research and Innovation Agency (BRIN) to develop sorghum research to produce superior seeds and seedlings for farmers."I ask BRIN to take this seed research issue seriously," he said at the “Development Talk Series XII” event at the BRIN campus here on Monday.According to him, research has a vital role in the development of Indonesia's agriculture sector. Without strong research, agriculture will not develop, he said.The government is currently pushing the formation of a sorghum industry ecosystem as part of food diversification efforts, he noted.Moeldoko said that one of the obstacles to food diversification is the Indonesian people’s emphasis on rice consumption."Sorghum is a food that has been consumed since the time of our ancestors. Why isn't it (the consumption) growing now? Because the ecosystem has not been built. For example, people want to plant it if there are those who want to buy it. That is why it is important for the government to start encouraging the formation of this sorghum ecosystem," he explained.He informed that the government is currently preparing off-takers of sorghum. For example, with the demand for animal feed reaching 10 million tons of corn, one company has been encouraged to substitute 10 percent of the feed with sorghum, thereby providing an opportunity to absorb around 1 million tons of sorghum. In this way, the presence of sorghum off-takers can, later on, create an industry, develop cultivation, and advance sorghum research."I express hope to BRIN and relevant stakeholders, the existing research should not stop," he said.He highlighted that research on sorghum, corn, and other commodities must be carried out in collaboration with the actors in the field."The research result must be applied and then evaluated. Thus, research efforts do not stop, and agricultural seeds will always be superior from time to time," he said.Meanwhile, the development policy deputy at BRIN, Mego Pinandito, said that research institutions and the academic community are committed to supporting government programs for realizing food self-sufficiency and sustainable food production."We need to strengthen cooperation between ministries/institutions to strengthen technological research and innovation to jointly cooperate with the government, private parties, industries, universities, non-governmental organizations (NGOs), and the community to strengthen the direction of development toward the development of agriculture and food sovereignty," Pinandito added. (Antaranews)